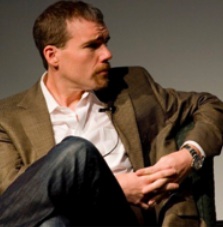 It is only Monday, but Canadian seed investor and serial entrepreneur Austin Hill is having a pretty good week. Two of his portfolio startups were acquired this week. The biggest exit was BumpTop, which Google snapped up for a rumored $25 million to $35 million. Hill was one of the first seed investors in BumpTop, which raised less than $2 million total. BumpTop’s 3D desktop interface and multitouch gestures may appear in teh future in Android phones, Chrome OS tablets, or maybe even a GPad.

Hill had another exit today with Standout Jobs a company where he was chairman which helps HR departments with social recruiting. The company isn’t saying how much it was acquired for or even who acquired it, but it is most likely a mid-tier jobs site looking to ramp up its social features. Standout raised only about $1.6 million (Canadian), but investors were lucky to get their money back and not much more. So Standout Jobs was more of a sideways deal. But at a time when recruiting sites are hurting all over, that is not the worst outcome.

The company launched right before the last recession, which wasn’t a great time to be selling stuff to HR departments. But now as everyone is getting ready for the job market to come back, older sites are scrambling to reinvent themselves and add social juice. Standout basically replaces the job section of a company’s site with a more social set of widgets, and ties into Twitter and Facebook as well.