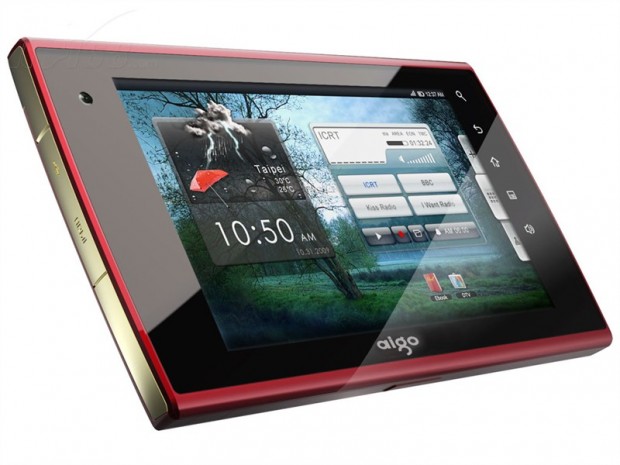 This is the second Android-and-ARM-based tablet to hit just today. At this rate, we’ll be buried in them. This one is called the Aigo N700, and although it looks completely different from the AigoPad we saw announced a couple months back, I’m guessing that they just decided to redo the shell. There are also 5-inch and 4-inch versions coming, but I really don’t see the point. Content is big enough and accessible enough that a larger screen is actually worthwhile now, though a couple years ago 5″ was enough.

The specs! Cortex A9 dual-core, Tegra 2 graphics, 512MB DDR2 RAM at 667MHz, USB, HDMI, up to 32GB internal storage… the rest are over here, but it certainly beats the iPad on sheer power. As we know, however, sheer power is only a medium-size chunk of the whole experience, so let’s not get our hopes up. Android tablets are going to be a dime a dozen soon (I mean, they practically are already), so just chill. Chill, I said!