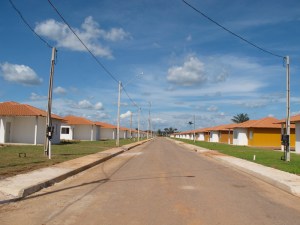 It wasn’t until after I’d left Rio and flown for half-a-day to Porto Velho and then driven for an hour or so into the jungle that I thought, “You know? I really should have gotten anti-malarials before this trip.”

The thought dawned on me as I was reading a poster in Portuguese warning me against mosquitoes carrying the disease, complete with blown-up pictures of them as if they were tiny wanted felons. I looked at my arm full of bites and asked the foreman, “Do people really get malaria here?”

He replied: “Oh yeah, one guy had it three times. I told him he should get some kind of award for that. Dengue too. Dengue really bums people out.” Let’s see: Fever, rashes, vomiting and convulsions? Yes, a “bummer” to say the least. And I thought construction workers in America were tough.

I’ve done about a dozen trips to emerging markets and met with about fifty companies per trip, and BS Construtora–the company that can build a house in one day– is one of the coolest I’ve met anywhere in the world. As I mentioned during my last trip to Brazil, the company comes as close to having the whole package as a risky startup can. It sells an innovative solution that solves a huge need both in Brazil and around the world. Started by a humble bricklayer and his wife, it has a great back-story. It has even hired a Stanford-trained CEO. And, oh yeah, it also has upwards of $100 million in annual revenues.

Last time, I just met with the CEO, Marcelo Miranda, in a conference room in Sao Paulo. This time I wanted to see what the company actually does. Fast-forward a few weeks, and I’m in the Amazon basin worrying about mosquitoes and gawking at the 1,600-house village BS Construtora is building, complete with schools, a hotel, a city hall, a fire station, a mall, a cemetery and a golf course—and of course all the infrastructure a city that size requires like water and electricity.

This is part of a multi-billion-dollar project to build a hydroelectric dam, and BS Construtora is building the place where the workers will live, along with the people who are being displaced by the flooding. It’s a dicey job from a human and environmental perspective, and it’s being closely scrutinized by several watch-groups and the government.

The village—which has about 500 completed houses now—is one of the most surreal places I’ve ever been. It’s as if the opening of Edward Scissorhands was dropped into the middle of the jungle. Recently, I saw the location the TV show “Lost” used for “The Others’ Village” in Hawaii and I assure you, this place looked more Others’ Village than the actual Others’ Village.

But, going inside the houses, I was struck by how nice they are. A lot of engineering has gone into keeping air flowing inside, tempering the area’s intense heat. The layout, standard stucco walls and linoleum flooring actually reminded me of my first apartment. BS Construtora has built a manufacturing facility on-site to cut down on transportation costs, and a lab tests every batch of cement to make sure the houses will come out of the room-by-room molds in one piece. The facility can produce ten houses a day.

Anyone who has traveled in the emerging world can see the immediate promise of something like this. Moving people from their homes in the name of progress is a harsh reality with which most emerging markets are grappling. But at least it’s being done with dignity in this case. Jungle inhabitants are essentially leapfrogging straight to modernization with plumbing, sewer systems, air conditioning and yes, Internet access. It’s one of the most staggering examples of the benefits of a – literal— greenfield opportunity I’ve seen on the road.

Here are some photos that barely capture it. (The last is of the mall under construction.) 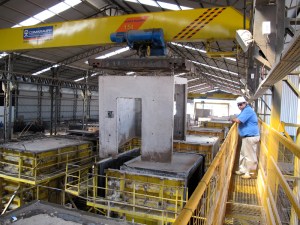 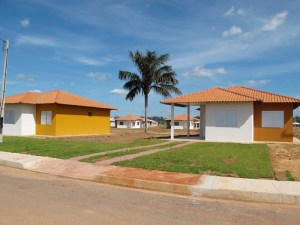 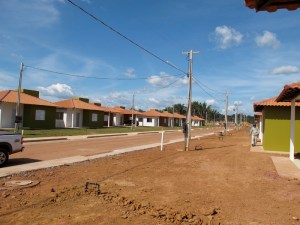 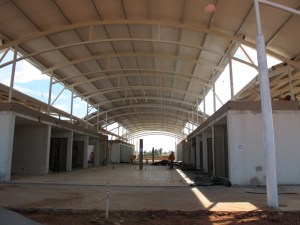