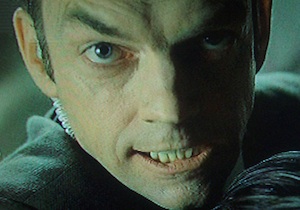 “That is the sound of inevitability…”

I’m reminded of this quote from The Matrix as I read headline after headline around the blogosphere about how Facebook and Apple and their (at least relatively) closed ecosystems are going to destroy the fabric of the web as we know it. Me? I’m not worried in the slightest bit. Why? Because it occurs to me that what’s going on now is just a part of a cycle. A necessary cycle. Yes, the web (by which I mean the entire Internet), it seems to me, is cyclical.

Just as the United States goes through periods where conservatives being in power gives way to liberals being in power, the web is currently transitioning from open systems dominating to closed systems taking over. Nowhere is this more evident than with Apple’s App Store, and Facebook. The masses, for whatever reason (and there are reasons, more on that later), are embracing these restricted platforms. And obviously, it has some people scared shitless.

And while it’s good for some people to worry in order to keep the soon-to-be ruling powers in check, I’m certain that one day in a few years (or maybe less), we’ll be back to the so-called “open” web again. It has happened before. You don’t even have to go back that far to find it.

In the early 1990s there was no World Wide Web. Well, there was, but no one you know used it because there was no widely-used web browser. Instead, the Internet mainly existed as things such as Usenet, Gopher, and FTP. The system was open. Sure, there was some barriers to entry (such as a modem), but the real barrier to entry was that basically no one knew what “online” was, and even fewer knew how to get there.

Then the companies Prodigy, CompuServe, GEnie, and America Online came along. In 1991, all of these services worked on DOS (Microsoft’s operating system before Windows), and offered a relatively easy way to get online. More importantly, it gave them something to do there, such as read structured news in article form. But, in return for the ease-of-use, each of these services had access fees. This was a closing of the Internet — but people didn’t care. These services grew quickly.

None grew faster than AOL. A key aspect to their service was a nice user interface that anyone could understand (CompuServe, by comparison, was oriented more towards the tech community). They also put an emphasis on being able to communicate with other AOL members (but only other AOL members) through chat rooms. Usage quickly exploded. Again, a closed system.

This is the type of system needed to take mainstream adoption to the highest levels. (Notice I only said “take” not necessarily keep them there.)

Closed systems can also adapt and change faster than open systems. To return to politics for a second. It’s a bit like how a government under a King is more efficient that one under a Republic. Governing by committee is slow, a King can rule on something and it’s done. But yes, a King can also make mistakes faster — there are pluses and minuses.

This ties into what Joe Hewitt, the famed web/iPhone developer (now with Facebook), said yesterday in a long rant on Twitter against the current state of web development. “I want desperately to be a web developer again, but if I have to wait until 2020 for browsers to do what Cocoa can do in 2010, I won’t wait,” Hewitt said. His point is that the state of web languages as presided over by the W3C (the Republic) are moving too slow. Cocoa, a framework presided over by Apple (the King) is a good 10 years ahead of it.

Maybe Hewitt’s right, maybe he’s wrong, or maybe he’s just exaggerating. It doesn’t matter. The fact of the matter is that something will come along and force these closed systems open again — or they will perish.

Speaking of perishing, let’s go back to AOL. By the mid-1990s, it was dominating. Once they switched to a flat monthly fee (instead of an hourly fee — yes, they had that in place for a long time and people still used it) usage soared into the tens of millions. This may not seem like a lot when you consider that Facebook is approaching 500 million users, but this was a much different time. Many people signing up for AOL were using the Internet for the first time ever. By 2000, AOL was so powerful and had so much money thanks to its winning (again, closed) model that it actually bought Time Warner for $164 billion. Then everything started falling apart.

A few years earlier, AOL added a feature that would be its eventual downfall, the web browser. Yes, at one point in the 90s, a lot of people were browsing the web from within AOL’s walled-garden. But the web was open, and AOL didn’t block you from going anywhere on it. Content on the web started growing so quickly, and got so diverse, that people started to question if they actually needed AOL at all. When the telephone and cable companies started offering always-on access to the Internet that people could get to directly through a web browser (cutting off AOL), the only reason a lot of people still kept the service was for their AOL email address.

Does any of that sound familiar? Think about the iPhone. It’s a walled-garden (though much more open than AOL was as third-party developers can work within it, provided they follow the rules), but it too has an open window to the outside: the web. The Safari web browser is the iPhone’s peephole. And Apple even plays that up at times. If people criticize them for now allowing certain apps, they note that anyone can build apps using HTML5 that will work on Safari. Apple doesn’t regulate those at all.

As Hewitt notes, HTML5 is not mature enough yet to produce apps that are on par with native apps. But some are getting fairly impressive. It could well be that in a few years, HTML5 leads to the fall of the App Store model as we know. I’m not saying the model will crash and burn as AOL’s did — Apple may adapt and take down their walls (or do something else) before that happens. But I do believe HTML5 (or some other technology we’re not even thinking about right now) will lead to an opening back up of the system.

Facebook is a slightly different matter. Whereas they were a fairly closed system at first, they’ve been opening up more in recent years. First we got the Facebook Platform, which allowed third-party developers to play within Facebook’s walls. Then we got Facebook Connect, which allowed other sites to play within Facebook’s walls. And now we have the Open Graph, which seem to extend Facebook’s walls to the broader web (at least those sites that adopt it). Yes, the system is still closed in that Facebook still has control of much of the data flowing in and out, but there are parts of it that are open too.

I happen to think that Facebook may have found the right mixture of open and closed with the Open Graph. It’s open enough that they can continue to extend their reach beyond their already incredible (nearly) 500 million members. And yet it’s closed enough that some semblance of order is maintained and people (at least for now) will keep using it.

Thanks in part to their closed roots where a system of trust was built, Facebook was able to establish and grow the ultimate social graph. Like AOL’s mail and chat systems before it, this is a form of lock-in for users. AOL failed because it was too slow to open up their system and realize that they already had hooks in place to keep users from leaving. Facebook doesn’t appear to be making the same mistake. They already won the social networking wars, so now they can afford to open up and go after the larger web. And Google.

So while everyone fears what the Facebook-ification of the web will mean, I’d argue that the only way Facebook can continue to grow and keep their users is if they continue to open up. At some point, I’d bet that it won’t be in their best interest from a business perspective to do that, and that’s when they may start to decline. But there’s a wild-card. If the company can figure out a Google AdSense-type way to make money while continuing the march towards open, they may be able to hold on.

In both of these “closed” examples, Facebook and the App Store, they key to longevity is a movement towards open. If either Facebook or Apple resist that, they’ll become AOL. Something will come along and shove them out of way. It has happened before. It will happen again. And it will keep happening. It’s inevitable.