App store analytics startup Distimo has taken a deep look at Apple’s App Store today. The number of iPad apps are growing rapidly since the release of the device nearly a month ago, with the App Store now counting 4,870 iPad apps. That’s a 32.7% increase in apps over the past two weeks. To break down the stat further, there are now 3,437 iPad -specific apps, with 1,433 universal apps that work on both the iPad and iPhone. You can download the report here.

Unsurprisingly, the largest application category on the iPad is Games with 1,577 titles (32%), followed by Entertainment and Books with 455 and 396 titles, respectively. From the launch of the iPad, gaming apps dominated the iPad App Store. 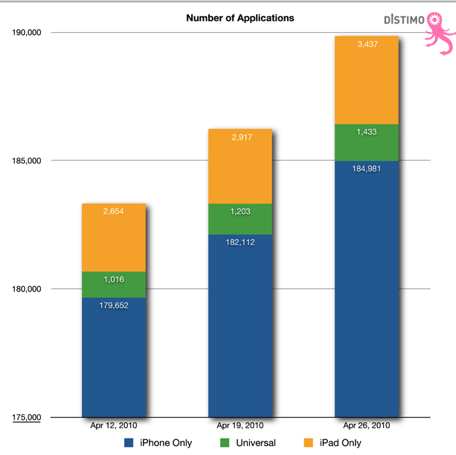 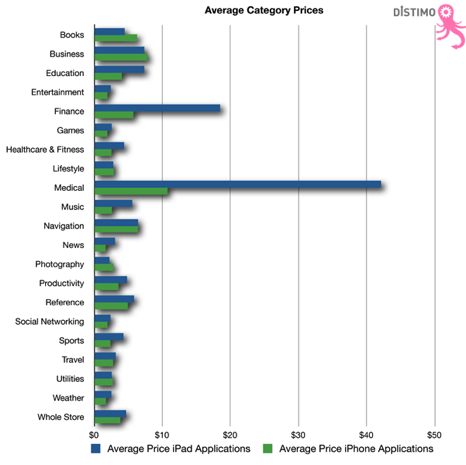 Steve Jobs wrote in a post yesterday that there are now 200,000 apps in the app store, but Distimo evaluated these numbers as of April 26, which could account for the discrepancy in the number of total apps. Of course, we expect the app store to continue to grow steadily as developers flock to the platform. In fact, there are still any major apps missing from the iPad, such as those for Facebook and Foursquare. 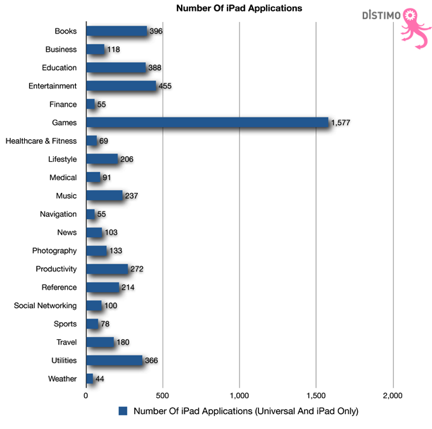