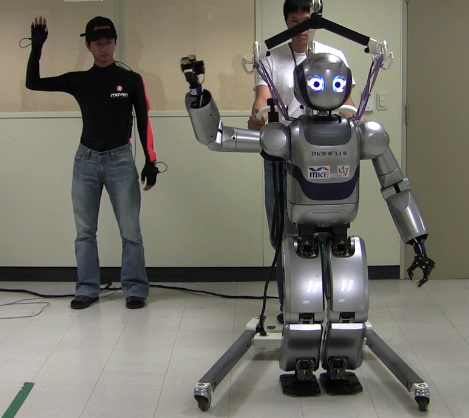 It’s not only Japan, but Korea is developing advanced robots, too. Case in point: Mahru, the dancing humanoid, made by the Korea Institute of Science & Technology (KIST). And this robot is way more impressive than similar models we’ve seen before.

The way it works is that the robot can mimic dance (and other) moves of a nearby human operator wearing a motion capture suit. And that happens (almost) in real-time), as explained in this video:

Via Plastic Pals via IEEE Spectrum