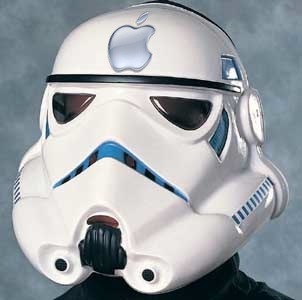 We’re going to sit out the rest of the iPhone discovery debacle because it’s basically throwing good bits after bad but read this line from from the Wired story on Brian Hogan, the kid who “found” the iPhone:

Shortly after Gizmodo published its story, people identifying themselves as representatives of Apple appeared at Hogan’s home seeking permission to search the premises, according to a source involved with the iPhone find. A roommate turned them away.

Apple apparently has its own Constitutionally-sanctioned police force.