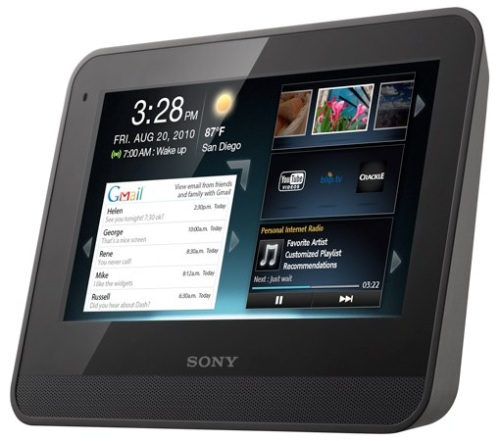 Okay, okay—now the Sony Dash is available. I even double-checked this time!

The Dash, which is a sort of widget-Internet-device thing (think Chumby), will set you back $199 at your local Sony Style store (or other authorized dealer—not the dude selling TVs from the back of his van).

Sony has inked deals with several big content companies, including CBS, CNBC, and Martha Stewart Omnimedia, to bring exclusive applications to the device.

There’s a nice little rundown of what you can do with the Dash on Sony’s Facebook page.

I don’t know if the Dash is for me, per se, but I have always gotten a kick out of these small widget dealies. Believe it or not, but there are times when I don’t necessarily want to turn on my PC when I just want to check what the weather’s going to be like this afternoon.