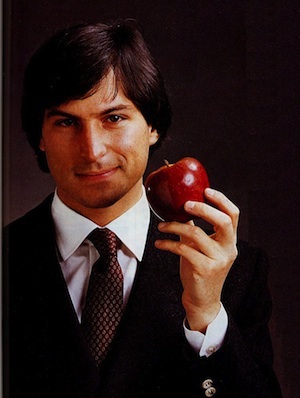 The post is full of great quotes (whether you agree with them or not). Jobs both directly or indirectly rips Adobe at least two dozen times. It’s hard to imagine anyone at a company, let alone the CEO, doing that. Sure, Adobe has a few times over the past several months, but that’s only because they’ve had the rug swept out from under them. And those public responses are probably the exact reason we’re seeing this response from Jobs. Here are some of the choice quotes from Jobs’ piece and a rough translation of what Jobs likely really means (just in case it’s not clear enough).

Since that golden era, the companies have grown apart. Apple went through its near death experience, and Adobe was drawn to the corporate market with their Acrobat products.

Today the two companies still work together to serve their joint creative customers – Mac users buy around half of Adobe’s Creative Suite products – but beyond that there are few joint interests.

Translation: Despite some calls for Adobe to boycott Apple, this won’t happen because they need the Mac users buying CS. In fact, that’s the only thing we still have in common.

Adobe has characterized our decision as being primarily business driven – they say we want to protect our App Store – but in reality it is based on technology issues. Adobe claims that we are a closed system, and that Flash is open, but in fact the opposite is true.

Translation: Adobe are running their mouths because they’re being defensive — the fact is they can’t cut it technology-wise. The “open” framing of their argument is laughable. And they need to shut up.

Adobe’s Flash products are 100% proprietary… By almost any definition, Flash is a closed system.

Apple has many proprietary products too. Though the operating system for the iPhone, iPod and iPad is proprietary, we strongly believe that all standards pertaining to the web should be open. Rather than use Flash, Apple has adopted HTML5, CSS and JavaScript – all open standards.

Translation: Apple has the best of both worlds. An OS we can completely control for the great user experience, and the web for those who want to go outside the sandbox. Adobe only has the sandbox.

HTML5, the new web standard that has been adopted by Apple, Google and many others, lets web developers create advanced graphics, typography, animations and transitions without relying on third party browser plug-ins (like Flash). HTML5 is completely open and controlled by a standards committee, of which Apple is a member.

Translation: This is reference 1 to the others who support a move beyond Flash. Also a reminder: Flash is proprietary.

Apple even creates open standards for the web. For example, Apple began with a small open source project and created WebKit, a complete open-source HTML5 rendering engine that is the heart of the Safari web browser used in all our products. WebKit has been widely adopted. Google uses it for Android’s browser, Palm uses it, Nokia uses it, and RIM (Blackberry) has announced they will use it too. Almost every smartphone web browser other than Microsoft’s uses WebKit. By making its WebKit technology open, Apple has set the standard for mobile web browsers.

Translation: Back to that “open” argument: we made an open technology, WebKit, which all the major mobile players besides those idiots at Microsoft are now using. This is reference 2 to the others who are supporting technology beyond Flash.

Adobe has repeatedly said that Apple mobile devices cannot access “the full web” because 75% of video on the web is in Flash. What they don’t say is that almost all this video is also available in a more modern format, H.264, and viewable on iPhones, iPods and iPads.

Translation: That is bullshit Adobe spin.

YouTube, with an estimated 40% of the web’s video, shines in an app bundled on all Apple mobile devices, with the iPad offering perhaps the best YouTube discovery and viewing experience ever. Add to this video from Vimeo, Netflix, Facebook, ABC, CBS, CNN, MSNBC, Fox News, ESPN, NPR, Time, The New York Times, The Wall Street Journal, Sports Illustrated, People, National Geographic, and many, many others.

Translation: Reference 3 to the others in support of the move beyond Flash.

Translation: It’s true, but who cares? We have more games, and they’re better.

Symantec recently highlighted Flash for having one of the worst security records in 2009.

Translation: Use at your own risk.

We also know first hand that Flash is the number one reason Macs crash. We have been working with Adobe to fix these problems, but they have persisted for several years now. We don’t want to reduce the reliability and security of our iPhones, iPods and iPads by adding Flash.

Translation: If you see a bug, squash it. We have going forward.

Translation: Adobe had the chance to put up — they couldn’t — so now it’s shut up time.

Translation: Vaporware. Related: did you catch my sarcasm?

Many of the chips used in modern mobile devices contain a decoder called H.264 – an industry standard that is used in every Blu-ray DVD player and has been adopted by Apple, Google (YouTube), Vimeo, Netflix and many other companies.

Translation: Reference 4 to the others in support of the move beyond Flash.

Although Flash has recently added support for H.264, the video on almost all Flash websites currently requires an older generation decoder that is not implemented in mobile chips and must be run in software.

Translation: Too little, too late.

When websites re-encode their videos using H.264, they can offer them without using Flash at all. They play perfectly in browsers like Apple’s Safari and Google’s Chrome without any plugins whatsoever, and look great on iPhones, iPods and iPads.

Translation: Reference 5 to the others in support of the move beyond Flash.

Flash was designed for PCs using mice, not for touch screens using fingers… Most Flash websites will need to be rewritten to support touch-based devices. If developers need to rewrite their Flash websites, why not use modern technologies like HTML5, CSS and JavaScript?

Translation: Flash is a technology of yesteryear. The future is now. If you’re going to support the future, why code for the past?

Besides the fact that Flash is closed and proprietary, has major technical drawbacks, and doesn’t support touch based devices

Translation: A reminder up until this point of why Flash sucks.

We know from painful experience that letting a third party layer of software come between the platform and the developer ultimately results in sub-standard apps and hinders the enhancement and progress of the platform.

Translation: If you build iPhone apps using Flash, they’re going to suck. More importantly, they hold everyone else back. So we’re blocking them.

This becomes even worse if the third party is supplying a cross platform development tool. The third party may not adopt enhancements from one platform unless they are available on all of their supported platforms.

Translation: We’re not going to let Adobe, or anyone else, hinder our development.

Translation: We want “best” they want “most”.

And Adobe has been painfully slow to adopt enhancements to Apple’s platforms. For example, although Mac OS X has been shipping for almost 10 years now, Adobe just adopted it fully (Cocoa) two weeks ago when they shipped CS5. Adobe was the last major third party developer to fully adopt Mac OS X.

Translation: Again, Adobe is stuck in yesteryear. With Flash it will be the same.

Translation: Everyone wins — except Adobe.

Flash was created during the PC era – for PCs and mice

Translation: The iPhone, iPod touch, and iPad are the future. The PC and Flash are the past.

The avalanche of media outlets offering their content for Apple’s mobile devices demonstrates that Flash is no longer necessary to watch video or consume any kind of web content.

Translation: Have I mentioned how many others are supporting a move beyond Flash? Just to make it clear, I’ll use “avalanche” this time.

And the 200,000 apps on Apple’s App Store proves that Flash isn’t necessary for tens of thousands of developers to create graphically rich applications, including games.

Translation: And here’s a new juicy stat as a thank you for reading this entire post. Also, remember to forget about Flash games.

New open standards created in the mobile era, such as HTML5, will win on mobile devices (and PCs too). Perhaps Adobe should focus more on creating great HTML5 tools for the future, and less on criticizing Apple for leaving the past behind.

Translation: Just to add insult to injury, while you may have the PC market locked down, that one day too will shift beyond Flash. Maybe you should get your house in order before it collapses. Also, shut up.

As I’m well aware, sometimes it feels good to get a nice big rant off your chest. That’s exactly what Steve Jobs did today. Sometimes, three-word cryptic emails can only go so far. Sometimes you need to really spell it out to people. And sometimes you need to post a giant link to it on one of the most-trafficked sites in the world.