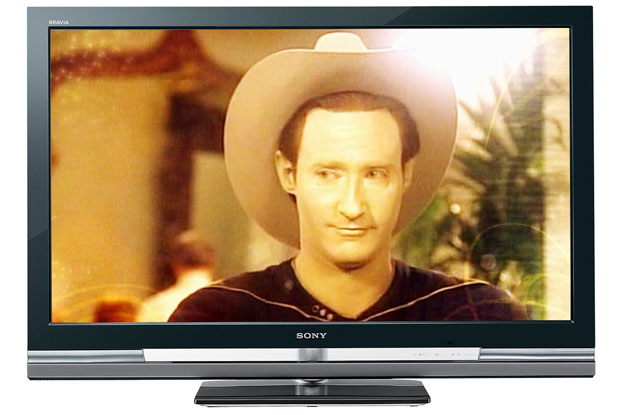 Look out, Sony is actually trying something new and might announce Intel Atom-powered TVs next month at Google I/O 2010. A new Android released dubbed Dragonpoint is said to run on these TVs and will be just the beginning of Sony’s venture into the so-called Smart TV market.

The report comes from Bloomberg who sources two people familiar with the matter. The timing is certainly right. Sony hasn’t been in the top TV spot for years, constantly losing marketshare to others like Samsung, LG, and even Vizio. Something needs to be done and so Sony is said to be testing a whole line of home entertainment devices that will bring the wonders of the Internet to TVs and Blu-ray players through Android. Logitech is even said to be in on the venture and will contribute a wireless keyboard that will work as a remote.

But as sweet as an Android TV sounds, it might not be the right solution — at least not for the North American market. This could either be a huge win or a fail whale.

Most consumers in the states and Canada receive their TV content through a service provider like Comcast, DirecTV or Bell. These companies require some-sort of set-top box to receive the signal, turning the HDTV into a monitor of sorts. The consumer rarely interacts directly with the TV as the guide, picture-in-picture, and everything else is done through the cable box. Even the remote used more times than not is the one for the cable box, not the TV’s.

It makes you wonder how the Android-powered system would work. Hopefully it’s some sort of layer that can be served up over top of the cable or satellite content and not a totally separate function requiring switching inputs or changing modes. Sure, it could would be a fancy selling point, but not something that consumers would use after the novelty period wears off.

Internet widgets made their way onto HDTVs the last few years and while they seem useful, they have yet to gain traction in helping to sell TVs. These widgets make more sense than a full internet-capable operating system, as they can be popped over other content and serve up user-picked content such as sport scores, weather, stock info, and pictures via Flickr.

It’s a different story in Sony’s home of Japan. A lot of TV content there is served up over the air or sent directly to the TV, bypassing set-top boxes. Many Japanese-market TVs have guides built-in and consumers interact only with the TV. Perhaps Sony is primarily targeting the more technologically adventuresome Asian market.

Of course all this is hearsay right now although this isn’t the first we’ve heard of an Android TV. Others of been talking about it for a while but so far nothing has made it to market. Google I/O is May 19-20 so we’ll find out Sony’s Android plan in less than 30 days. If there’s a plan at all that is.