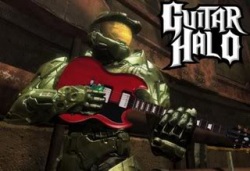 Infinity Ward? What’s that? Activision just snagged Bungie, of Halo fame, to a ten-year deal. Silver lining: the Sun will run out of hydrogen in about 5 billion years.

So that’s the news, that Bungie will bring the “next big action game universe to market” under the care and supervision of Activision.

Here’s a funny line from NeoGAF, the video game message board, which is currently imploding and exploding simultaneously:

On the other hand, it’s Activision. Activision! Maybe Bungie would like to strike deals with Comcast and Goldman Sachs while it’s at it?

I truly don’t know what to make of this, so I won’t. My initial reaction was “WHAT?!” Then, a split-second later, it was “Eh, whatever. Good luck to all parties involved.”