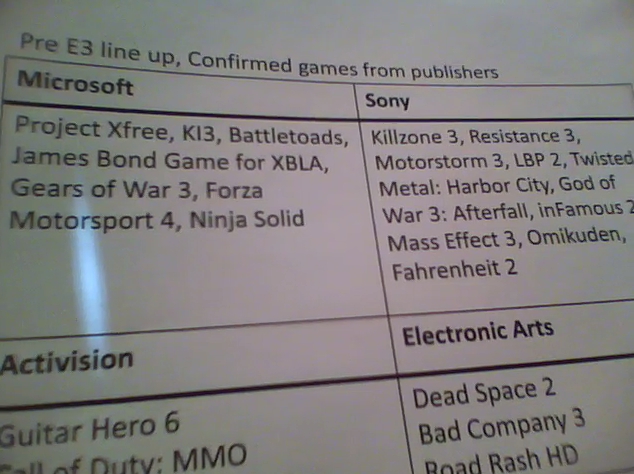 Needless to say, the list is fairly suspicious. Like, what is “Project Xfree”? I doubt Microsoft is bringing XFree86 to the 360.

One other thing that stands out is a new Twisted Metal game. The last one, Twisted Metal: Black, came out for the PS2 back in 2001, so it’s been a while.