Have you seen Lady Gaga’s new music video with Beyonce, launched on Vevo and YouTube last month? The one that mixes busty blonde babes with Virgin Mobile and a host of other brands while building Gaga’s already outrageous profile? Troy Carter, Gaga’s manager who helps finesse Gaga’s digital strategy, will be speaking at TechCrunch Disrupt next month.  Carter will join Google President and head of Business Development Nikesh Arora, Facebook product head Chris Cox, Google’s VP of engineering Vic Gundotra, and other executives at Disrupt to discuss our core themes of what’s now in content creation, distribution platforms, and –everyone’s favorite — monetization of media. Disrupt will take place May 24-26 in New York City at 570 Washington.

There’s still time to get our early-bird discount for Disrupt if you grab a ticket before Friday.

We’ve invited Carter because he is successfully navigating the music industry’s disruption. CD sales are steeply down from a decade ago due to Web-based theft and single-track sales –and no one expects them to recover. Even without theft, Gaga fans can just as easily watch her on YouTube rather than paying for her music. Instead of fighting the stream, Carter and others like him are  meeting the audience online and experimenting with ways to monetize popularity. Carter will tell us how one of the world’s biggest stars is managing her brand by using the digital disruption to her advantage, rather than detriment. (And yes, we did ask, but the Lady herself is on tour in France at the time.)

We’re also excited to ask the 800-pound gorilla in the room, Google, about the evolution on online advertising. (Is that okay, Nikesh, that we just called you a gorilla?) To pow-wow on how the mobile platform is changing, his Googler colleague, Gundotra, will join us, as will Facebook’s Cox.

If you’re a startup and want to exhibit at Disrupt –which also includes the opportunity to attend a speed-dating session with VCs, courtesy of Zoosk — check out exhibitor info. If you qualify for Startup Alley as an early-stage startup, it’s even cheaper than buying two tickets for your team. (No kidding.)

Hope we’ll see you at Disrupt. 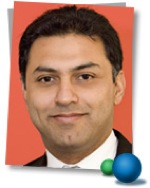 Nikesh Arora
President, Global Sales Operations and Business Development, Google
Nikesh oversees all revenue and customer operations, as well as marketing and partnerships. Since joining Google in 2004, he has held several positions with the company. Most recently, he led Google’s global direct sales operations. He also developed and managed the company’s operations in the European, Middle Eastern and African markets and was responsible for creating and expanding strategic partnerships in those regions for the benefit of Google’s growing number of users and advertisers. Prior to joining Google, he was chief marketing officer and a member of the management board at T-Mobile. While there, he spearheaded all product development, terminals, brand and marketing activities of T-Mobile Europe. 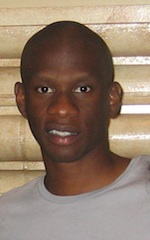 Troy Carter
Founder & CEO, Coalition Media Group
Troy Carter is the Founder, Chairman and CEO of Coalition Media Group. He manages multi-platinum Grammy award winner Lady Gaga, among other recording artists. Coalition is a talent management and full-service film and television production company. Carter began his career in Philadelphia working for Will Smith and James Lassiter’s Overbrook Entertainment.  In 1995 he joined Bad Boy Entertainment where he worked in the marketing department under Sean “Diddy” Combs, with artists such as Notorious B.I.G. Carter formed the boutique urban talent management company, Erving Wonder, in 1999. Erving Wonder quickly became one of the preeminent artist management firms, representing hip-hop / R&B stars Eve, Floetry, and Nelly, among others.  In 2004 Erving Wonder was acquired by the Sanctuary Group. Carter formed Coalition Media Group in 2007, where he continues to successfully grow his company and their roster. 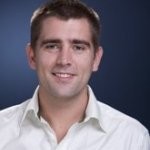 Chris Cox
VP Product, Facebook
Christopher Cox is the Vice President of Product at Facebook, where he is responsible for organizing Facebook’s product strategy and overseeing the product management and design functions. Christopher joined Facebook in 2005 as a Software Engineer and was instrumental in implementing first versions of key Facebook features, including News Feed and Inbox. He then became Director of Human Resources where he drove the development of Facebook’s mission, values, and people strategy. Christopher holds a bachelor’s degree in symbolic systems with a concentration in artificial intelligence from Stanford University. 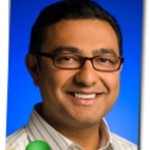 Vic Gundotra
Vice President, Google
Vic joined Google in 2007 as a Vice President of Engineering, responsible for mobile applications and developer evangelism. In addition, he is responsible for product management and marketing for mobile products at Google. He also oversees applications development. Previously, Vic spent 15 years at Microsoft, where he worked on a variety of products and operating systems, including Windows 3.0, NT, Windows XP, and Vista. He was recognized by MIT as a “Young Innovator under 35” for his work in sparking the Microsoft’s change from Win32 to the .NET programming model. Most recently, Vic was General Manager of Microsoft’s developer outreach efforts worldwide, including evangelism and strategy for products like Windows Vista, Visual Studio, Microsoft Office, Microsoft CRM, and Windows Mobile. Vic holds two patents in the area of distributed computing and identity-based access to cloud resources.