Yammer CEO David Sacks dropped by TechCrunch today to talk about corporate and sales milestones. The “Twitter for enterprise” startup, which won TechCrunch50 in 2008, continues to grow nicely.

Yammer now has 70,000 corporate clients, and 800,000+ total seats (users). At least 1,000 of those companies are paying for the product, and Sacks says 10%-15% of seats are converting to paid. 70% of Fortune 500 companies are using Yammer, says Sacks. Paying customers include Cisco, Nationwide, AstraZeneca, Alcatel-Lucent, Sungard and Molson Coors. 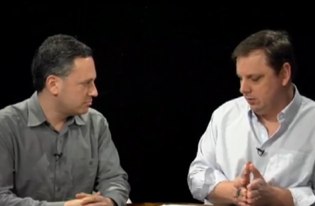 Revenue in 2009 was “seven figures.” I asked Sacks to narrow that down in the video but he refused. He does say that Q1 2010 revenue exceeded all of 2009 revenue, and that revenue is now doubling every quarter. Yammer’s revenue goal by end of year is to be at a $10 million annual run rate.

So what about Salesforce’s Chatter product, which directly competes with Yammer? Sacks says he’s not worried. Chatter is still in beta, but will likely cost at least $50/month/user. Yammer, which only charges $3-$5/month/user, can compete on price alone very well, he says.

Yammer has raised $15 million in two rounds of financing.