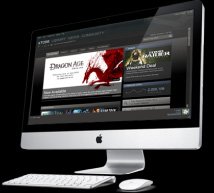 So the new Steam UI just went live today, and soon we may be seeing that Mac version everybody’s been chattering about. I’m looking forward to it, and hoping the 9400M in my MacBook Pro will be able to handle Portal 2. Other, more practical people are putting together comprehensive “all we know” lists about the program, widely anticipated (in vain) as savior of gaming on the Mac. I don’t know, I’m thinking that a couple years from now we’ll look on Steam for Mac saying “remember that time Valve released its games for Mac and then nothing else happened, ever?”

The news is mostly good:

For a full list, including a couple chipsets that will not work, head over to the Steam forums.