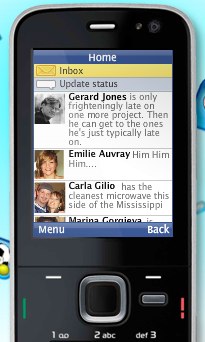 Amid all the media attention given to the iPhone, Android, and other ‘superphones‘, it’s easy to forget that the vast majority of the cell-phone toting population is carrying something decidedly less exciting. But many of these more generic phones, though they lack touchscreens and flashy graphics, are still quite capable. Enter Snaptu,a platform for mobile phone applications that is compatible with the vast majority of phones available, including newer Windows devices, Nokia, Motorola, BlackBerry, and more. In short, it’s meant to be an app store for phones that don’t have app stores. And now it works on AT&T.

The company, which recently raised a Series A funding round led by Sequoia Capital, was founded in 2007. Its Java-based application platform has been installed by over 6 million users, with strong distribution internationally, including Asia and Europe. However, up until recently users in the United States were having issues using the application platform on AT&T. Snaptu worked with the carrier to get it working, and it’s now available through Snaptu’s  homepage and AT&T’s Apps Beta site. Snaptu has previously worked with O2 in the United Kingdom to ensure compatibility for their users.

To get started on Snaptu, users first install a standalone Java application. From there, they’re able to choose from over 20 different sub-applications that have been built by Snaptu to run on their platform. These applications include everything from Facebook and LinkedIn to a generic RSS reader and a trivia app. While some of the applications offered are a bit redundant (Facebook already has a mobile site), Snaptu says that its applications are optimized to be lightweight and fast. For the time being all applications are developed by Snaptu itself, but the company may open up the platform to contributions from other developers in the future.

Snaptu is free and monetizes with advertising. The applications are designed to be fairly light on bandwidth usage, but the official site notes that you “may still want to consider an unlimited data plan”. In other words, while the platform will run on most mobile phones, its market will be limited to users signed up for data service, which isn’t ubiquitous yet.

Update:: This post previously said Snaptu had 1.6 million users; they actually have 6 million with the app installed.

Here’s a video of CEO Ran Makavy showing off the platform: 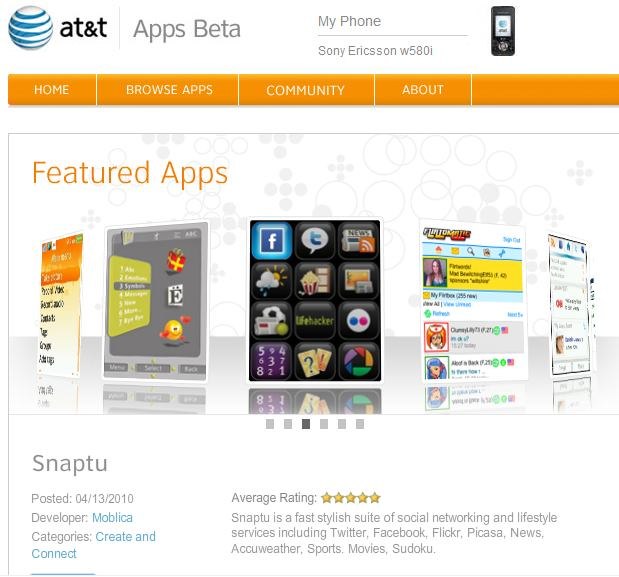