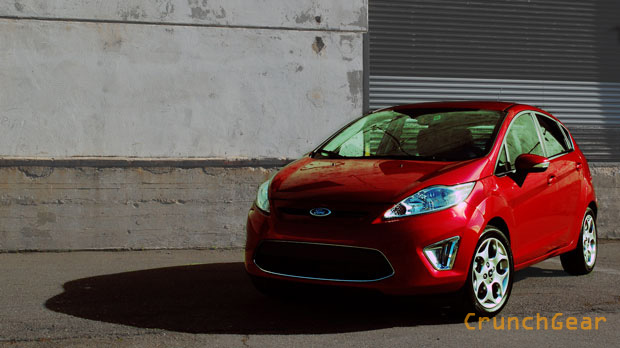 The 2011 Ford Fiesta isn’t the status quo. No longer do consumers need to compromise on creature comforts for the practicality of a compact car. The top Fiesta trim level is loaded with enough gizmos to keep a baby boomer confused for months. However, while items like the comfy leather seats, voice-controlled Sync system, and long list of standard features might draw customers, it’s the impressive powertrain that will ultimately sell the compact car.

Europeans already know this. The Fiesta is very popular across the pond, earning the title of Europe’s top selling car in 2009. It has won award after award and now it’s finally available here in the states, the final piece in Ford’s most impressive car lineup ever.

Make it fun and the sales will come

The 2011 Ford Fiesta’s secret is the astoundingly good 6-speed PowerShift automatic transmission. Not only does it contribute heavily to the class-leading 40 mpg highway rating, but it’s a real workhorse providing a silky-smooth ride. We found that hills and city driving were a non-issue thanks to the lovely affair of the PowerShift transmission mated to the peppy 120 horsepower 1.6-liter DOHC I-4 engine while the super–ridged chassis and European-tuned suspension handled curves with ease.

These four key characteristics combine to make a truly fun ride. The tight suspension and quick-shifting tranny allows for aggressive driving, a rare trait in this class. Think of the 2011 Fiesta as a compact that’s as fun as the Mazda MX-5 but with room for two car seats and a stroller. 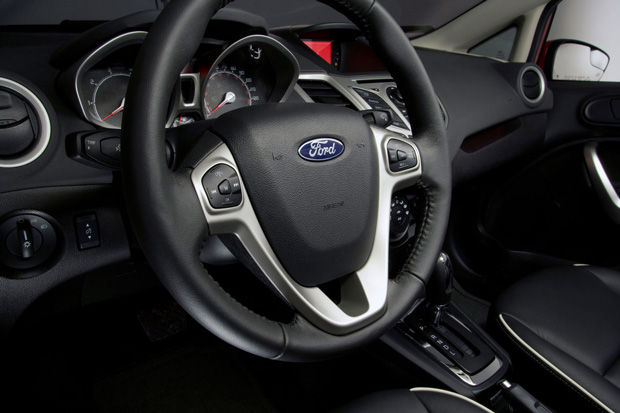 There really isn’t anything like it in its class – driving-ability or equipment-wise. The $13,995 base trim level four-door Fiesta is better equipped than other compacts with a AM/FM radio, power windows, blind spot mirrors, rear-defogger and 5 speed manual transmission, with the five-door option fetching a bit more with a starting price of $15,795.. The well-equipped and modern interior looks like something from a car that should cost thousands more, especially when compared directly against the stale interiors of the Toyota Yaris or Honda Fit.

The Fiesta wins handily in the equipment list, too. A person can equip their Fiesta with nearly any automotive option imaginable including keyless entry, push button start, LED parking lamps, ambient interior lighting, and heated mirrors. In fact, shoppers will probably be surprised that many items are standard like the four-inch LCD info screen and capless fuel filer. 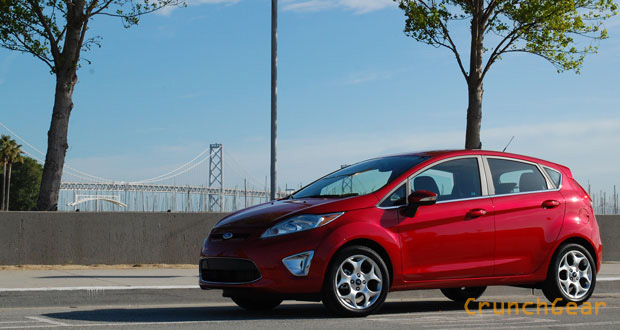 Expect to see many variations of the Fiesta driving around. The vehicle is available in nine vibrant exterior colors with vinyl graphic packs available from Ford dealers. The aftermarket industry will likely grab hold of the car as well, offering countless mods and body kits to the tuner crowd – not that the car needs any help in the style department.

It’s hard to believe that Ford’s peers have yet to come up with a system that compares to Sync. This system alone is a valid reason to buy the 2011 Ford Fiesta over other compacts. It’s that good and offers so much functionality and safety. The best part is that Ford is continually developing and improving the system and regularly rolls out new features.

Sync starts out as an option in the mid-level SE model and offers a little bit for nearly everyone. Music and gadget lovers will love the ability to control and queue up music from their iPods with only their voice. There’s even a new feature rolling out shortly that will bring the same function to BlackBerry and Android apps such as Pandora, OpenBeak, and Stitcher. 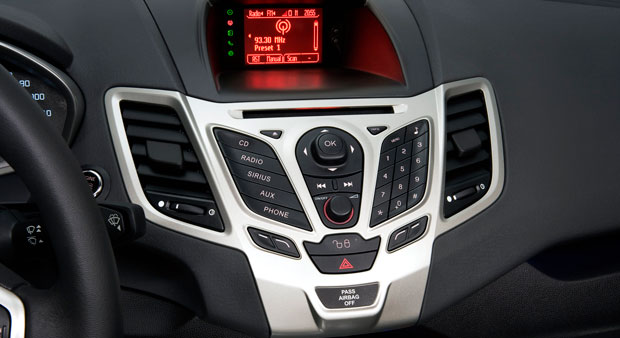 The system also compensates for the Fiesta’s lack of navigation by offering turn-by-turn directions served up from a Bluetooth-connected cell phone – no data plan required. The center-mounted heads-up display even assists the computer-read directions with directional arrows, a welcomed-feature that nearly replicates the experience provided by a true GPS unit.

Everyone, look at Ford

Never before has Ford’s car offering been so strong and the compact Fiesta is a big part of that. In fact, it might be the jewel of the lineup with its low-admission cost to a truly well equipped ride. It isn’t alone with a redesigned Focus coming soon, the Fusion that earned Car of the Year from Motor Trend, and the industry-busting big-daddy Taurus. Simply put, if you’re looking for a new car, you must test drive a Ford.

And, well, because the Internet allows me this type of freedom, I present to you Top Gear’s much more entertaining take on the Euro-spec Fiesta. Enjoy. It’s one of the show’s best-ever segments and make sure you watch part one and two. I like the second one the best.