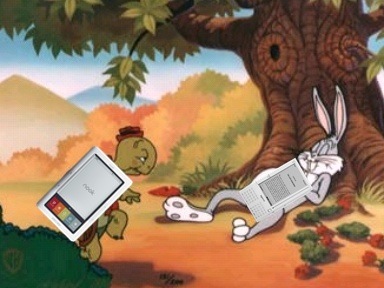 Well look at this: new kid on the book, Barnes & Noble’s Nook ereader, just surpassed Amazon Kindle sales in March. Obviously the Nook is a bit newer than the Kindle and those who were going to buy a Kindle probably have already, but it also looks like B&N’s retail network is also driving sales.

Digitimes reports that 53% of e-book readers shipped were Nooks while 1.43 million ereaders were sold in Q1 2010. They’re estimating that total ereader sales will reach 11 million by year’s end.

The Kindle will also be sold at Target shortly while the Nook is being sold at Best Buy. The Nook also just received a powerful update that offers read-in-store functionality as well as a web browser and some Android games.