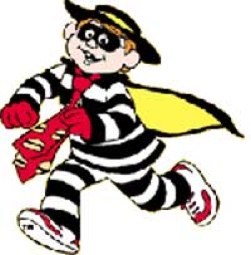 The biggest story in tech today is the Gizmodo stolen iPhone debacle (note that I use the word “stolen” only to keep the description brief, not in any legal way). An Apple employee with a iPhone prototype left it in a bar. Someone found it and sold it to Gizmodo for $5,000. Gizmodo got a huge scoop, but they are now facing criminal and possibly civil liability issues. John Gruber has a good summary of the first part of the story. How this all plays out is still being decided, but the police have now raided a Gizmodo editor’s home and have seized property.

A number of sites have compared this to the Twitter document scandal that we were in the middle of last year. And we’ve received a number of inquiries about whether or not we would have handled this iPhone situation the same way as Gizmodo did.

I’m not going to go into the legal issues around this because I’m just not qualified. I will say that having the police raid my house would very likely be a net positive event – it would place us firmly in the middle of the story, and all eyes would be on us. So don’t think Gawker is trembling in their boots just yet. I would hope that any legal pressure would be on me though, not one of our writers.

But putting that aside, how would I have handled the story?

The Twitter documents were emailed to us without us requesting them in any way. We contacted Twitter and their lawyers immediately, before publishing any documents. There were lots of behind the scenes discussions, but Twitter made it very clear from the first conversation that they would not take legal action against us for publishing the documents. They just wanted to make sure that they weren’t all published.

Twitter certainly tried to stop us from publishing any of the documents, but they put moral and ethical pressure on us, not legal pressure. And we never came to full agreement on what the ethically correct thing to do was – I wrote my thoughts on that here.

In some ways the Twitter story was more of a problem than the iPhone story. The Twitter documents were clearly stolen from Twitter by a hacker who broke into their email accounts. Here’s a full description of how that happened. Ultimately we decided that it was reasonable for us to publish the documents because the value of the news was substantial. And the hacker also made it clear that he intended for the documents to be published. We spent a great deal of time convincing him not to do that, because most of the documents were simply too personally sensitive and embarrassing.

In the Gizmodo/iPhone case things are less clear. The phone was left behind by an engineer and was found by another individual. Should that individual have returned it to Apple? You can argue that, but you can’t argue that Apple wasn’t negligent in letting it be found in the first place.

Where Gizmodo made a mistake in my opinion is when they purchased the phone. This is something we would never do. We’ve been asked if we wanted to purchase information in the past that would have made for some great stories and we have always declined. Our policy is to never pay for information. That isn’t common, and even the big media outlets will occasionally pay for a story. But it just isn’t something we’re comfortable with.

Does the legal case against Gizmodo rely on the fact that they purchased the iPhone? I don’t know, but it sure does make them look bad.

Apple’s complaint will be that information about the phone leaked early, giving competitors a head start on copying the features. That’s a reasonable complaint, but it seems to me they can make the same case against Engadget, which also posted leaked photos of the device. The same damage was done there, and they posted before Gizmodo.

The bottom line is this. If someone walked the new iPhone into our offices and offered to let us take pictures of it, we’d do that in a second. If Apple or the police came after us, we’d lawyer up and make it as big of a circus as possible. The only thing we wouldn’t do is pay for the device. At the end of the day that may be the thing that they can get Gizmodo on.