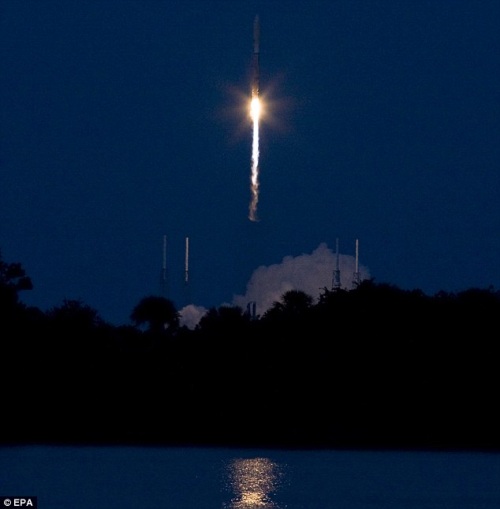 It’s all a bit like Mass Effect. The U.S. Air Force successfully launched the X-37B unmanned spacecraft yesterday, but the question that nobody knows the answer to: what’s it for? The Air Force refuses to say what the X-37B’s mission on beyond something along the lines “we wanted to see if it works.” OK, but do you plan on doing with it? “Sorry, classified.” Neat.

The big, scary meme going around right now is that the spacecraft, which is basically a mod of the old Space Shuttle, will be used for the weaponization of space. There’s zero evidence to support that claim beyond, “Well, what else could it be used for?”

Considering the development of the spacecraft was switched over from NASA to the Pentagon, I suppose that’s a fair assumption to make. Militaries usually develop military equipment.

That it’s unmanned isn’t surprising. I’ve read enough books on space exploration and the like to understand that sending an actual person hurtling into the cosmos isn’t always the best way to get things do—why risk a person’s life when a small robot can do all but the same thing?

Being unmanned, the spacecraft is able to return to Earth on its own.

But until we can zip around the galaxy like we can in Mass Effect, meh, I’ll keep to my science fiction. It’s more fun than reading Daily Mail comments—depressing stuff right there.