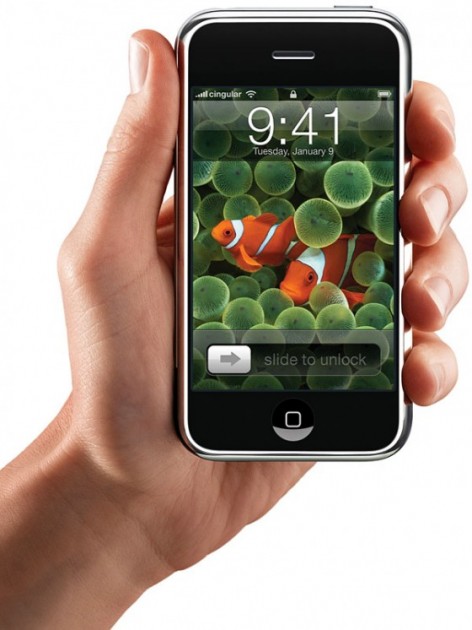 A lot has been written on how the iPhone performs in Japan, the world’s most advanced mobile nation, but the general consensus in this country now is that it sells very well (even though both Apple and provider SoftBank Mobile refuse to break down Japan-specific sales numbers). It’s rumored that the number of iPhones sold in Japan has passed 3 million.

There are reasons for this success (super-low pricing, aggressive marketing, Apple’s pre-iPhone brand popularity in Japan, clever product positioning by SoftBank, etc. etc.), but we’re talking about a country in which basically every cell phone is a smartphone, a country where you’d be hard-pressed to find a handset without a digital TV tuner or e-wallet function, for example.

And that means that the 4.9% share the iPhone now commands in the entire Japanese cell phone market, as reported [JP] by a Japanese research insitute today, is more than impressive (Sharp, with 26.2% market share, is the number one).

The MM Research Institute also says that among those phones that have a non-Japanese OS (i.e. Android, Palm OS or Blackberry), the iPhone even boasts 72.2% market share (see graphic above). In this (relatively small) segment, HTC is ranked second (11.1%), Toshiba is third (6.8%) and Blackberry / Sony Ericsson are both ranked fourth (4.3%).

We reported about another smartphone market study from a Japanese source back in December. All statistical and other issues aside, both reports indicate that the iPhone seems to do much better than many people believed when it launched in the world’s No. 7 mobile market in 2008.