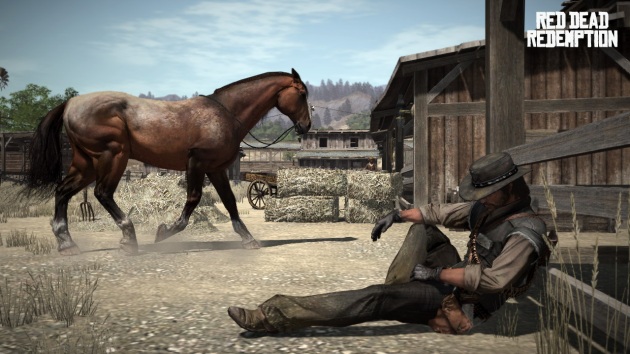 Quite the push behind Red Dead Redemption, no? The latest is that John Hillcoat, the guy who directed The Road (which I saw the other day—the future looks horrible), has worked on a 30-minute machinima for Rockstar . The short film will air on Fox on May 15. This is a pretty big deal.

There’s not much information beyond that. Why would there be? Rockstar did tell Kotaku that the film was entirely put together using in-game assets. It’s not like they hired some studio or some kid in his bedroom to do up the animation.

For international readers, Fox is one of the big television networks here in the U.S. If you have a TV, you have Fox. That means that a whole heck of a lot of people will be able to see the film. It’s not airing on some tiny cable station or anything like that.

I once heard a game publisher type say they weren’t interested in making a Western because Western don’t sell. With the amount of money Rockstar is putting behind Red Dead Redemption I would be shocked if it doesn’t do well.

Plus, being a good game doesn’t hurt.