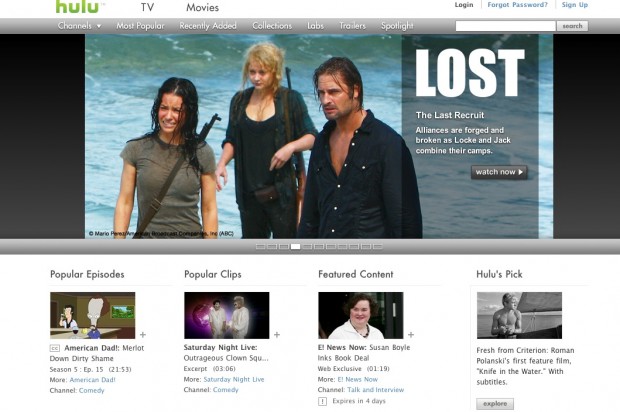 It seemed like only yesterday that Joost and Hulu were seen as also-rans. Surprisingly, the latter online video streaming service has taken off and is now offering a $10 per month “plus” service and will be rolling it out to select markets by May 24.

The LA Times writes that the service will offer a “more comprehensive selection” over the current one limited episode model. There is, sadly, no more information.

The suggestion here is that Hulu, in the end, will be the source for streaming TV. The company is a joint venture of NBC, Fox, and ABC and, as such, has become a clearing house for popular broadcast television. The question here is what constitutes a more comprehensive selection – I suspect full seasons as well as almost immediate simulcasting of broadcast programming – but that has yet to be decided.

You’ll also notice, at the bottom of the image above, that Hulu is also streaming movies. This could also be part of the service’s growth. It could also, feasibly, just stream the last episode of Lost already because I am totally getting bored of this whole “Desmond runs around alternaworld” plot line.