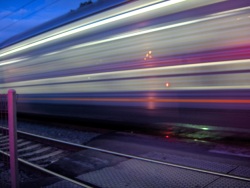 Remember when 56K modems first came out? I remember walking around the mall thinking to myself, “Man, the Internet must be so fast with that thing!” I mention this because Akamai Technologies, the company which pretty much powers the Internet’s biggest sites, has published a list of the fastest Internet cities in America. The winner is Berkley, Calif., which has an average Internet speed of 18.7 Mbps, followed by Chappel Hill, NC (17.5Mbps), and Stanford, Calif. (17.0 Mbps). Notice anything? Yes, those cities are the home of large research universities. Gotta trade noted across the world lickety-split!

You could say something like, “Well, having broadband so fast sure is nice and all, but how many regular folks have access to it?” Yeah, PhD candidates have access to those speeds, but what about Joe Public?

Then again, I have a fairly fast Internet connection (101 mbps down/15 mbps up), and all the sites that Joe Public would use are still dog slow. Just because you have a fancy Internet connection doesn’t mean YouTube is going to load any faster than it does now. You’re at the mercy of Google’s servers.