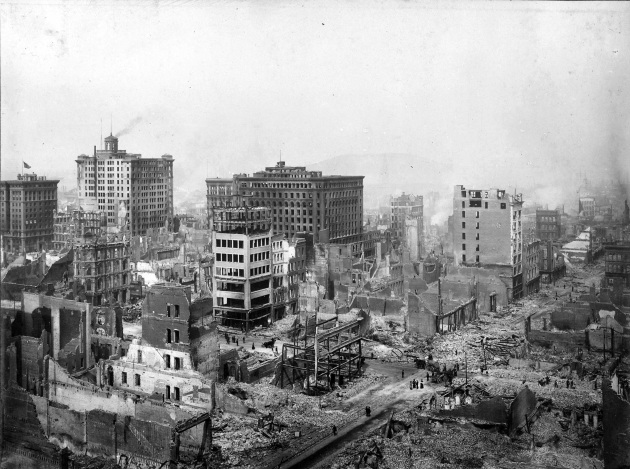 It’s pretty great that people are just now realizing that Planet Earth isn’t some sort of static strip mall. There are volcanoes, and earthquakes, and hurricanes, and tornadoes, and tsunamis—objects from outer space regularly invade the atmosphere. This planet is alive, brother! So, idea: you know how certain laptop models, like ThinkPads and MacBooks, come with built-in accelerometers? They’re there in order to protect the hard drive from a devastating fall, but what it you could use said accelerometer to detect an earthquake before it happens?

It’s all part of the Quake-Catcher Network, a project put together by Stamford University students. The overarching idea is to string to together, via the Internet (whatever that is!), the world’s accelerometer-equipped laptops. Once hooked up, the laptops would then regularly record seismic activity—well, be on the lookout for seismic activity, since most of the consumer-class accelerometers out there can only detect the equivalent of a 4.0 (or higher) on the Richter Scale.

But, let’s say the laptop senses just such a movement. It would then notify other users in the Quake-Catcher Network: “Hello! Billy’s laptop has detected a possible earthquake. Best to find a safe spot if you live within a few miles of his location.”

The only problem is that, even in the best circumstances, you’re only looking at a few seconds’ warning. Like, maybe two to three seconds. Perhaps that’s enough to time duck under a table?

It’s a nice idea, at least.