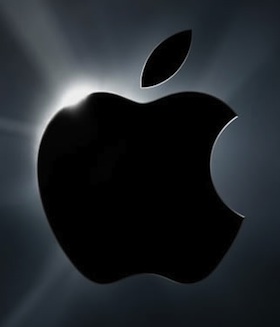 Apple has just announced its earnings for Q2 2010 — as we’ve come to expect from the company, it’s been another amazing quarter. Revenues were $13.5 billion destroying both their own and the Street’s estimates. Net quarterly profit came in at $3.07 billion — $3.33-a-share. The key blurb from CEO Steve Jobs in the release:

“We’re thrilled to report our best non-holiday quarter ever, with revenues up 49 percent and profits up 90 percent,” said Steve Jobs, Apple’s CEO. “We’ve launched our revolutionary new iPad and users are loving it, and we have several more extraordinary products in the pipeline for this year.”

Last quarter, the holiday quarter, Apple solid 8.7 million iPhones, so the fact that they eclipsed that (and were up 131% versus a year ago) is very, very impressive. Of course, now that we all know the iPhone HD (or whatever you choose to call it) is coming, sale the next quarter might dip a bit (of course, everyone should have known new hardware was coming anyway, just as it does every Summer).

Apple also shifted guidance for next quarter upward considerably. CFO Peter Oppenheimer noted that revenue should be in the $13 billion to $13.4 billion range. Again, Apple always gives low numbers, so you can probably expect the actual numbers, when reported, to be much higher.

Below find notes from the earnings call:

On the call are CFO Peter Oppenheimer, COO Tim Cook, and Apple’s Treasurer.

Oppenheimer: Outstanding March quarter results exceeding our expectations. Best non-holiday quarter ever. Highest quarterly iPhone sales ever. Best Mac sales in a March quarter. Revenue up 49% over prior March quarter. iPhone sales more than doubled (over last year). Net income was up 91% over the year-ago quarter.

We just updated the MacBook Pro line. 3 and 4 weeks of Mac channel inventory. iPod sales were about equal (down 1%) — sales of iPod touch were up 61% year over year though. iPod revenue growth (12%) was the strongest growth in 2 years. Share is still over 70%.

All-time high for iPhone sales, beating our previous record last quarter. We have iPhone on 151 carriers in 88 countries. In Asia, Australia, Japan, and Europe, sales were strong.

Extremely pleased with iPad sales over the past few weeks. iPad with 3G will ship April 30 in the U.S.

Cash is $41.7 billion, up $1.9 billion from last quarter. The priority is preservation of capital.

Looking forward, iPad sales should be strong — and a new product transition should help sales (maybe the new iPhone?).

Q: iPad is off to a fast start — any insights?

Cook: We don’t have enough experience to judge things yet. We’ll see how it goes. We’re thrilled with the sales so far.

Q: Were Mac sales slower in March due to the iPad?

Cook: If you look at the previous March we announced a new iMac and new Mac mini, this year we didn’t have that, so you can’t judge it on that, really.

Cook: Too early to tell what the mix will be.

Q: Why not put guidance higher for next quarter?

Oppenheimer: Some of it is lower iTunes sales (people use gift cards after the holidays). Mac sales should be up. iPod should decline year over year, as it has been doing. iPhone, we’re not sure. iPad is also a wait-and-see with the 3G version coming and it coming to other countries in May.

Q: Why was iPhone so good? It was staggering.

Cook: We had some staggering growth rates. 474% in Asia Pacific region. 183% growth in Japan. 133% growth in Europe. A lot of this was adding new carrier partners.

Q: What about China?

Cook: China has been interesting. Up 9 times year over year. Through the first half of this fiscal year, our revenue from China is almost $1.3 billion — that’s up over 200% year over year. (That includes Hong Kong.)

Q: How quickly can you ramp up iPad production?

Cook: We’ve done well versus our planned capacity. There isn’t a production problem — demand in the U.S. was just too high. It’s a good problem to have.

Cook: The DRAM market is constrained.

Q: What about the iAd business? Is this a profit center?

Oppenheimer: We’re putting our toes in the water. Don’t expect much from us this calendar year. We’ll learn going forward.

Cook: They continue to work hard, and are making improvements. I think this will continue. Surveys back this up.

Q: What about carriers?

Cook: There are only three main countries with exclusive deals: United States, Germany, and Spain. We’ve expanded in the others beyond one carrier and we’ve seen sales grow. But that doesn’t mean that will always happen. We look at it on a case-by-case basis.

Q: Are you open minded about iPad pricing?

Cook: We have nothing to say on that, but we’re priced very aggressively right now.

Q: Accounting for the iPad — do you defer a portion of the revenue? Charge for iPad OS updates?

Oppenheimer: We’ll discuss that on the July conference call after the iPad is out there.

Oppenheimer: Tim talked a bit about the revenue, in terms of retail stores, we’ll open 2 in Shanghai. We should have 25 open by end of 2011.

Q: Apple has been aggressive about the patents. How should we think of legal expenses?

Q: Can you talk about the different ways to move the iPhone?

Cook: The smartphone market is a great market to be in. And the iPhone is outgrowing the market by 3x. The numbers are even better outside the U.S. (in terms of growth). We’ve learned a lot.

Q: About the Apple TV — what’s going on there?

Cook: Units were up 34% year over year. But it’s still very small — it’s still a hobby for the company. If you look at the other markets Apple is in — computers are 300 million units a year, call phones are 1.2 billion per year, MP3 players are 100 million per year. These are enormous markets. The market for Apple TV is not, in our view, nearly that large yet. That’s why we classify it as a hobby. Don’t want to trick people. But a number of us love the product, and use the product. We continue to think there’s something interesting there.

Oppenheimer: As I commented earlier, we’re just putting our toes in the water now.

Q: iPad cannibalization of the Mac?

Cook: So far there’s nothing pointing to that yet. But we don’t know yet, it’s too early. Remember, we just announced new MacBook Pros too. With the iPad in terms of netbooks — to me it’s a no brainer. “It’s sort of 100 to 0. I can’t think of a single thing a netbook does well.”

Q: But there’s no category for the iPad market yet, right?

Cook: I think Steve set this up well in January. The iPad is between the mobile phone and a notebook. There is so much you can do on an iPad. We already have the ecosystem with the App Store. Now we have a bigger canvas.

Q: What about the iPhone price? Should there be lower service plans?

Cook: We do everything that we can to try and get the best deal possible for the consumer. I feel like each of our carrier partners agree. When we dropped the iPhone 3G to $99, we were sort of surprised that so many people were still spending $199 for the iPhone 3GS. People want extremely innovative products.

Q: Margins for iPads — what about accessories?

Oppenheimer: The accessory portfolio is good for us. Many of iPhone and iPod accessories work with the iPad too. Let’s give it a little time, great things will happen.

Q: Any insight into iPad apps?

Oppenheimer: We’re not focused on making a lot of money on the App Store — with the iPad or iPhone. We’re just above break-even.

Q: Are there completely new Apple customers just from the iPad?

Cook: I think so, but it’s too early to tell.

Q: Other products in the pipeline? Are those enhancements?

Oppenheimer: We’re not going to help our competitors, so I won’t answer that. But we’re very excited about upcoming products.