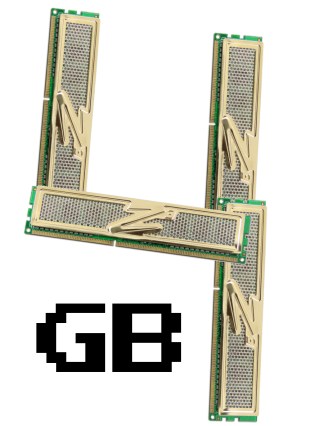 The world of memory timings, latency, and voltage is a strange one, but usually you can count on the fact that more RAM is better. OCZ, purveyor of fine system components (and super cheap ones), wants you to know that you can have as much DDR3 as you like — no more stacking up DIMMs up in your measly four slots for a paltry total of 8GB. No, they have doubled the capacity to 4GB/DIMM, although I seriously doubt the average system builder will find it that liberating.

Generally the rule is to have several smaller DIMMs rather than one or two big ones. High density modules have a higher risk of errors and are slower in general, having longer latencies and forcing more data through the same interface. Big DIMMs are the leading cause of RAM bottlenecks. Or not, I don’t know. The new modules are 1333Hz but also have 9-9-9-20 timings, which is a bit slow.

If you’re a RAM freak, these 4GB modules will be available soon, although no pricing information is available right now. As Tech Report points out, 2x2GB kits cost a little under $120 right now, so you’ll probably see it debut at somewhat more than that, though probably below $150.