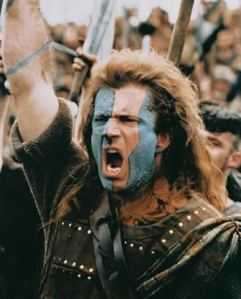 The whole Apple/Google thing continues to get more interesting.

The two tech giant buddies are now clearly at odds with one another (coffee dates and all). The iPhone and Android are already at war. And soon, the two will be at war in ads (AdSense vs. iAds) and portable computing (iPads versus Chrome OS netbooks). And leading up to those wars, both have been making some interesting hires and acquisitions.

The latest is Google, which at some point recently bought the stealth startup Agnilux, according to peHUB. What is Agnilux? No one knows for sure, but the New York Times thought enough of it to profile it a few times — and still wasn’t able to find out any more other than they may be doing something with servers. So why do they matter? Because of who is involved in the company. Agnilux was founded by a few ex-Apple employees. More specifically, it was founded by Apple employees who came over in the PA Semi acquisition.

PA Semi was the chip company that Apple bought in 2008, and is now believed to be the key force behind the new A4 chip that powers the iPad (and perhaps the upcoming iPhone). But, as NYT reported back in February:

Some of the chip engineers Apple gained in its purchase of PA Semi appear to have already left the company. According to partial records on the job networking site LinkedIn, at least half a dozen former PA Semi engineers have left Apple and turned up at a start-up called Agnilux, based in San Jose. The company was co-founded by one of PA’s leading system architects, Mark Hayter.

The story goes on:

Neither Mr. Hayter nor other onetime PA workers who left Apple for Agnilux were willing to discuss either company’s plans. According to two people with knowledge of the two companies, who were unwilling to be named because the matter is delicate, some PA engineers left Apple a few months after the acquisition because they were given grants of Apple stock at an unattractive price.

In other words, Google’s acquisition of this company probably pisses off Apple.

Who knows, maybe this move was a response to Apple snatching away RJ Pittman, Google’s director of product management. That followed the ending of a gentleman’s agreement between the two companies not to go after each others’ employees. That was when things were still peachy between the two tech giants — obviously, things have changed. Pittman was a key component of Google’s music project which integrated services like Lala into search results. Of course, Apple went on to buy Lala.

And then there was Google’s acquisition of AdMob — a purchase made while Apple was trying to buy the company as well. This led Apple to buy competing platform, Quattro Wireless.

Agnilux has other talent as well, including former Cisco and TiVo employees, but the PA Semi/Apple angle is too interesting to be ignored. The battle continues…