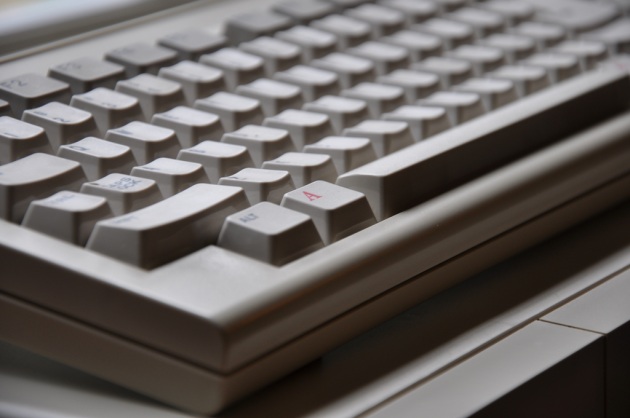 The Amiga lives! Yes, a company by the name of A-EON will resurrect the famous computer this summer, but not before pumping it full of growth hormone. One stat to whet your appetite: while the Amiga A100 had a maximum of 8MB of memory, the new guy will have 2GB. That’s 250 times as much memory.

The new Amiga, called the AmigaOne X100, hasn’t been unveiled just yet, but will at this June’s Vintage Computing Festival at Bletchley Park. History Channel viewers will remember that name as being the site of the Allied effort to crack the German Enigma machine.

• Many ports, including 10 USB 2.0, Gigabit ethernet, SATA 2, 7.1-channel audio, and something called Xorro

Pretty sure I wasn’t alive when the original A1000 came out, so I really can’t add flavor to this. You know, “I once stayed up 24 hours straight doing something or other on my Amiga.”

Still, the idea of a vintage computing festival excites me greatly. I’d rather have a conversation with an old tech enthusiast than listen to some CEO whinge about how the next whatchamacallit will change everything forever.