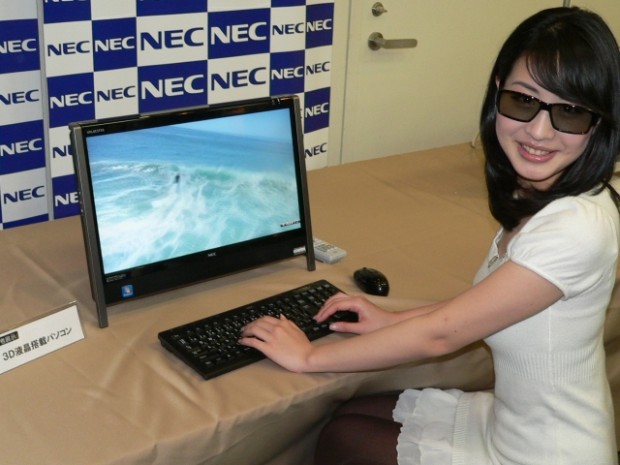 Virtually every Japanese tech company has made some 3D-related announcement in the past months, but one remained suspiciously quiet in that area: NEC. We covered their (apparently very cool) glasses-free 3D 12.1-incher last year (it’s yet to be commercialized), and today NEC made some initial announcements about a 3D desktop PC that’s supposed to hit Japanese stores by year-end.

To be more specific, NEC’s executive director Takatsuka said during a press conference in Tokyo the PC is likely to ship within the first half of the current fiscal year, meaning by October 2010 (fiscal 2010 in Japan ends at the end of March 2011).

Details about the PC itself are scarce, but here’s what Takatsuka mentioned:

More information should be available within the next few weeks. We’ll keep you posted.