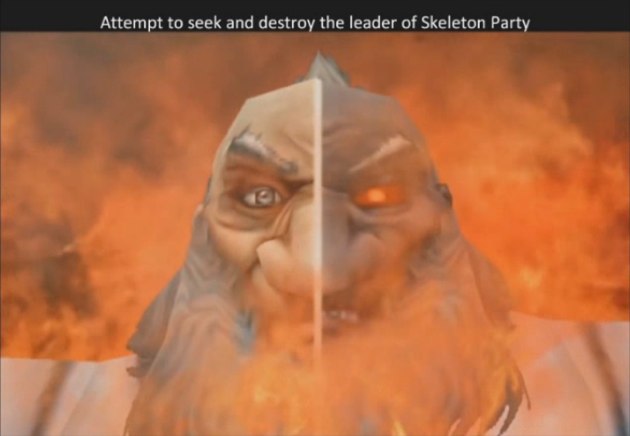 Frank Yu is a Chief Product Officer with BokanTech in Beijing. He also writes the China Angle Column for the Game Developer’s Conference website Gamasutra.

Sometimes in the bustle of news and product launches, we tend to overlook some significant events that emerge from the net until months later. One such item was a Chinese machinima video that came out in February of 2010 via online video sites in China called the The War of Internet Addiction. I heard about it back then but thought it was just yet another user generated parody adventure for cheap laughs. I was wrong. While we were chatrouletting in the West, something was brewing in the Chinese Matrix and a homegrown Neo/John Conner had spawned.

Using the game World of Warcraft, 100 volunteers, 3 months development time and lots of cigarettes and greasy lunch boxes, video blogger known as Sexy Corn 性感玉米, (age 26 from Hunan China) created a 64 minute machinima that touched a national nerve in China among not just online game players, but a whole generation of young people. The video won the Best Video award in the Tudou Video Film awards in Beijing on April 17, 2010, 3 months after it was first unleashed in China. Tudou, one of China’s largest video sharing sites, holds the awards ceremony each year that has been described as China’s version of Sundance to both honor and focus attention on China’s emerging animation and film making talent.

To have what some consider to be one of the most emotional and widespread appeals by Chinese citizens for the end of government repression of the internet and its netizens winning a public award marks an incredible milestone in Chinese media. Getting the award also made me reconsider and watch it for the first time yesterday.

The War of Internet Addiction at one level talks about the various plans and rules that Chinese authorities impose on the common netizens in the guise of protecting them from pornography, sensitive topics and as the title implies internet addiction. At another level it mentions the failed government Green Dam content filters, the corruption and tainted food scandals as examples of the many injustices that the common people endur. One of the characters in the video makes a dramatic plea to let them play games and enjoy the virtual world of the internet without government interference. It was this plea that moved the video from being just a game parody but a manifesto for freedom with gut wrenching emotional impact.

The censorship and monitoring of domestic web sites and discussion groups are common in China. There is even talk of a new government bureau intended to monitor social network sites alone. Foreign sites such as Facebook, Twitter, Blogspot and Youtube are currently blocked. Flickr, Wikipedia and various Google sites are open now but have been blocked in the past and may be blocked again in the future. In this environment, many creative filmmakers, artists, musicians use “egao”, a Chinese term for a kind of remix culture satire that criticizes without directly confronting, in their works in order to get past the censors and avoid prosecution. Creating a video in the guise of a game narrative gave the video makers a subtle and coded platform to get the message out to their audience and to fly it under the radar of the very people that the video makes fun of.

Much of the video alludes to Chinese memes and topical events, such as the bickering between the government regulating agencies for games and the operation transition of WoW from The9 to Netease. The writing and dialogue can best be described as sophomoric but the issues that they confront are not shock tactics to gain notoriety or to make money. The appeal is sincere, even naïve, and has struck a chord with many Chinese, old and young, gamer and non gamers alike.

The following is an English translation reprinted with permission by Kaiser Kuo and Jean Shao.

When we work hard for a whole day come home to an apartment with a monthly rent of 2000 RMB, we face such a distorted version (of the game as the fight for interests lingers on), all we can feel is helplessness. You make no mistake, yes, we are indulging, but not in the game itself. It’s the feeling of belonging, and four years’ friendship and entrusting (in this virtual community we cannot give up)…We persevered no matter what …

We know it’s impossible, but we still swim tirelessly to the North Pole, to the edge of the (global) map, to the place where there is no water, but we still can’t see that icy land! In the past year, I, just like others who love this game, diligently go to work on a crowded bus, diligently consume all kinds of food with no concern of whatever unknown chemicals (they may contain). We never complain that our wages are low, we never lose our mental balance due to those big townhouses you bought with the money you took from my meager wage. We mourned and cried for the flood and earthquake, we rejoiced and cheered for the manned space flight and the Olympics. From the bottom of our heart, we never want to lag to any other nations in this world, but in this year, because of you, we can’t even play a game we love whole-heartedly with other gamers all over the world.

We swallowed all the insults (as we are forced to go to overseas servers and caused other gamers’ inconveniences). Why can’t we be entertained at the cheap rate 40 cents an hour? Just because we are here?”

You taught me since my childhood that a house of gold or silver is never as good as my own tumbledown home, but what’s the reality? You forced me to live temporarily in my own country. Why is it so hard to grant me to simply dwell in my own country spiritually?

Thanks to all you so-called Brick Owners (砖家, a homophone for 专家, expert) and Shouting Beasts（叫兽, a homophone for 教授, professor), aren’t there enough eulogies, cosmetics and anesthetics? Everyday, you have nothing else to do but enjoying your prestigious social status, and pointing at us from an ethical high ground. Have you ever wondered why five million gamers are collectively taking this Net poison (as you so describe our addiction to the virtual game), and the deep-rooted social reasons that are covered?

We naively believed that here there are only gardens, that we can touch the ideal if only we work hard enough. When we look up to those servers on the top of the pyramid, we are forced to hold the Happiness bestowed from you. We retreat into the so-called freest Internet on earth, communicate at low cost, and salve the pains in daily life with the game. It’s just like this, but they, for the sake of interests, they are exploiting in every possible way…we are so accustomed to silence, but silence doesn’t mean surrender.

Although there have been many other machinimas and remix videos released in China in the past few years, this video differs in that it is in some ways a call to arms, or more precisely a call to not remain silent, as a protest to current conditions.

Although flashmobs may technically be illegal in China, flash mobbing in games has proved to be an outlet by Chinese netizens for expressing dissatisfaction in the past. The winning of this particular video at the Tudou Video Festival this year in China is a window into this growing sentiment against staying quiet when it comes to internet censorship in China.