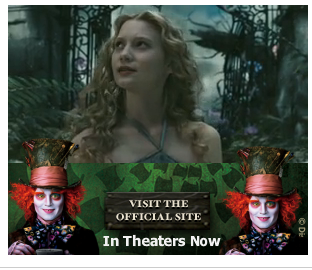 Last week during Apple’s iPhone 4.0 Preview, Steve Jobs announced iAd, a product that could help turn the mobile ad industry on its head. The new product lets developers quickly integrate rich, HTML5 ads into their applications — ads that Jobs says will meld the emotion of television commercials with the interactivity of online advertising. There’s just one problem — many of the rich ads you see online are built in Flash, which the iPhone and iPad famously do not support, and Apple doesn’t appear to be offering tools for building HTML5 ads. Sprout, a startup that’s long dealt with rich Flash applications, may have the answer: its ‘Engage Ads’ platform allows advertisers to build rich ads and simultaneously deploy them in both Flash and HTML5.

In other words, Sprout could be the magic bullet advertisers are looking for, allowing them to build ads that will work both in desktop browsers and smartphones. Today, the platform is launching a private beta to advertisers, which you can apply to here. Note that at this point, Sprout’s platform is focused completely on serving ad agencies and large businesses, so mom-and-pop shops won’t be accepted yet.

Sprout’s ad builder uses drag-and-drop, WYSIWYG tools and doesn’t require any coding. CEO Carnet Williams says that while the platform is designed to be easy to use, it allows for a high level of customization, and allows advertisers to build and integrate their own ad components. One of the nifty features of the platform: even after deploying an ad, you can modify it from Sprout’s platform and the changes will be reflected immediately in the wild on both HTML5 and Flash versions of the ad.

You can see an example ad that automatically switches between HTML5 and Flash depending on what your browser supports here. If the ad looks familiar, it’s probably because it’s the one that Steve Jobs showed during his presentation as an example that has interactivity but not much in the way of emotion. In other words, using Sprout doesn’t guarantee that an ad will live up to the iAd promise — the creative will be key as well.

So how does Sprout already have a HTML5 export tool available when iAd was only announced last week? Williams says that the company made a big bet over a year ago that things would be moving toward HTML5, especially given that the iPhone had shown no signs of supporting Flash. That bet looks like it may pay off. As for competitors, Williams says that Adobe’s CS5 does include some Flash-to-HTML5 exporting, but that this still requires that the advertiser know ActionScript, and it also means the advertiser has to find a way to serve the ad— Sprout’s service takes care of ad hosting. Aside from that, Williams says there aren’t many comparable options, though I suspect the field will be much more crowded very soon.

We should note that the ad platform is a relatively new business for Sprout — the company has long offered tools for building Flash apps, but these tools were marketed toward consumers, not advertisers. 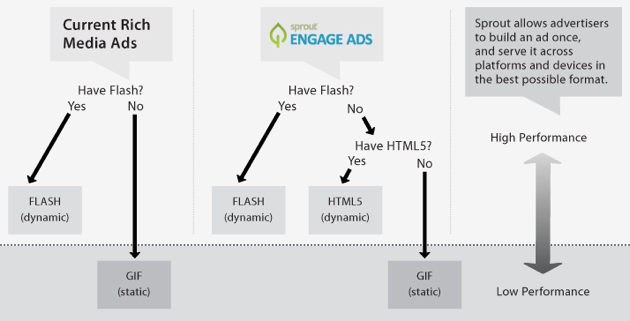