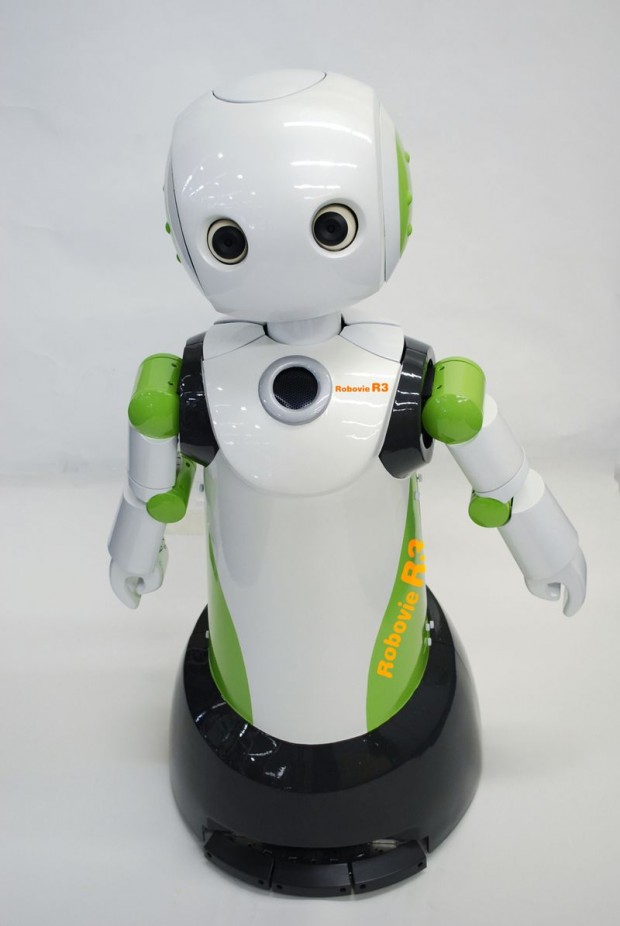 Robovie is one of the most famous robot brands in Japan (we last covered the iPod touch-powered robovie mR2 in March), and major Japanese robot maker Vstone‘s flagship series is to get a significant upgrade soon. Just like the mR2, this new model, the Robovie-R Ver.3, was jointly developed by Vstone and Japan’s Advanced Telecommunications Research Institute (ATR).

The robot still looks cute, but unlike the mR2 (which stands just 30cm tall and weighs 2kg), Ver. 3 is actually a life-sized robot that’s not made for fun but supposed to make life for older and handicapped people easier. Vstone and the ATR want to see the robot used in department stores and train stations, for example, particularly helping those people.

The robot can answer questions or guide humans to places (at about 2.5km/h, the speed the developers say is right for the “target group”). Slopes and small obstacles in the way aren’t a problem for Ver. 3 either. It’s also possible to remote-control the robot, probably via Bluetooth.

Specs include a total of eleven touch sensors, two USB cameras (one for each eye), two mono mics (one for each ear), and a speaker (in his mouth). More details will be revealed in a press release due out next week.

Vstone and the ATR say they hope to establish the robot as a platform for further research on how to develop better services and facilities for elderly and disabled people. Robovie-R Ver. 3, in this first form, will cost $41,000.