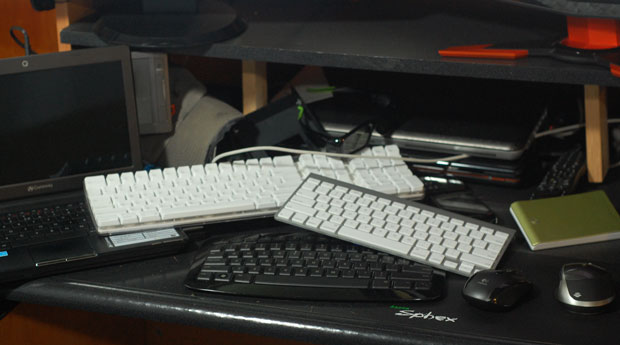 I am losing the war on clutter. Apparently my desk can spew gadgets, cables and crap out hidden orifices. So instead of fighting the power by actually cleaning, I picked up both the Microsoft Arc Keyboard and Apple Wireless Keyboard in a desperate attempt to regain my sanity.

My thought was that maybe, with their smaller frames and wireless capability, I could peacefully co-exist with the crap on my desk. After all, they forgo the number pad for a more compact laptop-ish layout. But alas, I also found both have different fatal flaws and aren’t able to handle my daily workload — so I’m back typing on my old full-size Apple keyboard.

Still, they are both great keyboards in their own right and might be a legitimate alternative for you. Click through for my findings. 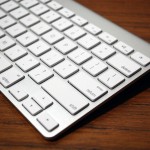 The Microsoft Arc keyboard is a good looking kit. But the Apple Keyboard is downright sexy with a sleek aluminum skin paired with white keys. There’s no contest really. The Apple Keyboard could be featured in a museum 100 years from now representing “post-modern computer.” 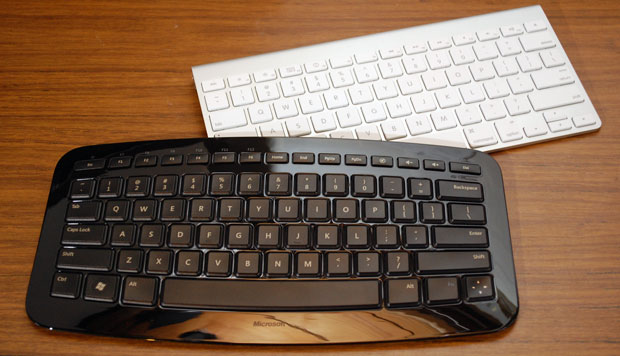 The Arc keyboard has, well, a slight arc to it. It curves up in the center, which I’ve found reduces stress on my wrists. It was a bit different at first, partly because my desk is slightly higher than it should be, but it was awesome once I got used to it. The Apple Keyboard isn’t bad per se as it’s basically the same form factor as a standard keyboard — just sans a number pad.

Both keyboards feature full-size letter keys, but the Apple keyboard has a smaller space bar than found on a normal keyboard. The Arc keyboard however has what seems to be a full-size space bar along with everything else besides the arrow keys. Where the Apple keyboard has a dedicated button for each directional arrow, the Arc has a single button that rocks in each direction. It seems to work well and I haven’t had any issues with it, although I don’t navigate spreadsheets for a living. 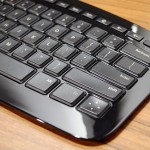 Think laptop chiclet keys. That’s what both are like. Almost a cross between mushy and springy, but overall satisfying.

This surprised me. The playback controls on Microsoft Arc keyboard work great in both Windows and OS X. This means that users can control the volume levels and such via the Arc keyboard in both operating systems — a big thing for OS X, actually. But the Apple Wireless Keyboard doesn’t control the volume levels in Windows, only OS X. It’s somewhat strange as the Microsoft Arc keyboard uses a little USB receiver where the Apple Keyboard works via Bluetooth, which I thought would have ensured a bit more compatibility. 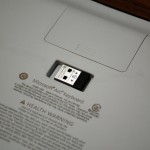 Windows – Simply plug in the USB receiver for Windows to pick up the Arc. That’s it. The installation is complete. The Apple Keyboard requires you to pull up the Bluetooth menu and then select the keyboard. Windows then asks you to type in a series of numbers to complete the installation.

OS X – The Arc installs nearly as easy in OS X. Once the receiver is plugged in, OS X asks the user to press two buttons on the keyboard to confirm the installation and you’re done. The Apple Keyboard’s OS X installation is nearly the process that’s by Windows: Open Bluetooth Setup Assistant, select install keyboard, type in a series of numbers.

I love the footprints of these keyboards but they also have major issues that I cannot look past. The Arc Keyboard like to double capitalize characters. So when I type a capitalized word, the first two letters are big. LIke this. OR this. ANd this. It happens more than it doesn’t. ANoying.

Then the Apple Keyboard doesn’t work well with Windows. Apple used the same design found on its laptops so the fn key is located in the farthest left position — this is where the Control key should be. Sure, not a big deal for OS X users, but a big deal for the Windows crowd. The Apple keyboard also doesn’t have a true delete button — that is, it says “delete” but it’s actually backspace. Apple has done this for years on its notebooks, but it’s something that I cannot give up on my main input device no matter if I was using Windows or OS X. But it’s a huge deal breaker in Windows as there’s no way to Ctrl+Alt+Del without it.

So with the double capitalization thing in the Arc and lack of true delete key on the Apple Keyboard, it’s safe to say these keyboards are not meant for power users. It’s a shame, too. I can’t be the only one that’s willing to ditch the full keyboard in favor of a piece of smaller wireless kit. I’m not giving up searching though. There has to be something out there that will let me live and work peacefully on my cluttered desk.