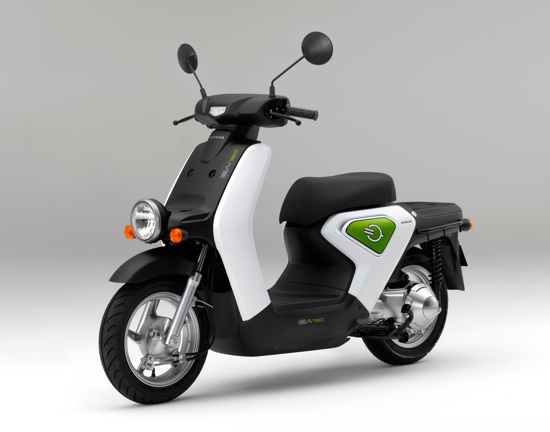 While we mostly cover electric bicycles and the occasional electric car, there are surely some people waiting for a decent electric motorbike, too. Honda has now announced an e-scooter, and it looks their model, the EV-neo, is quite decent.

The main feature of the green vehicle is that it lets users recharge the battery from ordinary household power outlets. It can then travel up to around 30km on a single charge, depending on your driving behavior. Honda claims the EV-neo will start strong, even when heavily loaded.

The e-scooter will be powered by a newly developed lithium ion battery from Toshiba, which says that with a rapid charger, it takes just about 20 minutes to charge the battery to 80% of capacity (using a 200V power source). 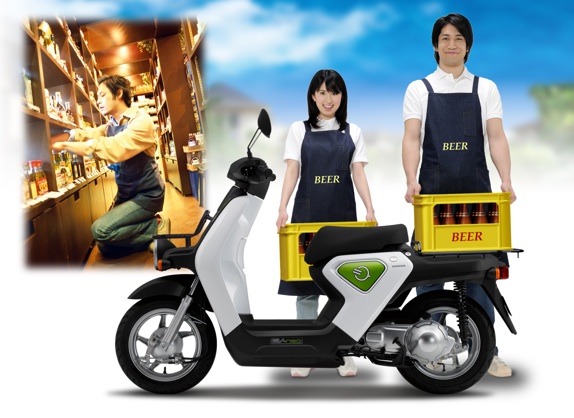 And the battery also won’t catch fire, obviously adding to the safety of the bike. Performance-wise, you can expect a vehicle equivalent to a 50cc gas-powered motorbike.

Honda plans to start selling the EV-neo in Japan from December this year, mainly targeting companies and small business owners.

Here’s a video clip showing the e-scooter in action: