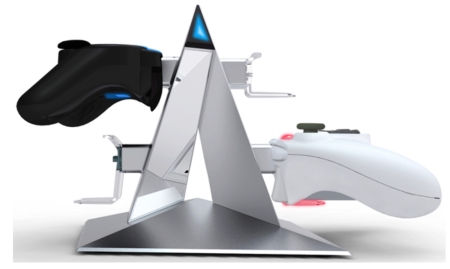 If you’re looking for a new accessory for your PS3 or Xbox 360, check out the Konnet Power Pyramid Supreme. This futuristic and stylishly designed charger allows you to charge up to two PS3 and two Xbox 360 controllers at once. It even has an LED status indicator that tells you when the charging is complete. Konnet also sells similar models that charge only PS3 or only Xbox 360 controllers if you just have one or the other. All Power Pyramids are $49.99 and are available in black or white from Konnet’s online store.