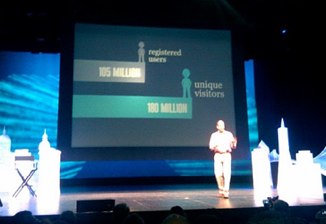 Last month at SXSW, Twitter CEO Ev Williams announced @anywhere, a new platform that would allow external sites to integrate some key Twitter features (it sounds a lot like Facebook Connect). Williams named some initial launch partners and gave a cursory overview of what the service was supposed to achieve, but details were scant (though we later tried it out ourselves after stumbling across a testing site). Today at Chirp Twitter COO Dick Costolo is giving us the full run-down of what @anywhere is for. My live notes are below.