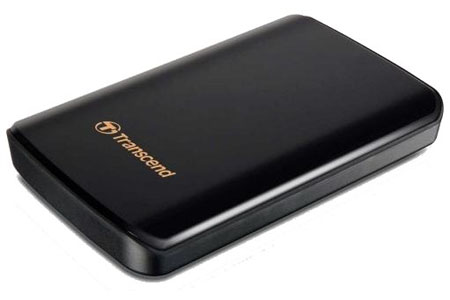 USB 3.0 might not hit mass consumption until 2011, but that isn’t stopping companies from outing USB 3.0 drives and accessories left and right. Transcend just announced the 500GB StoreJet 25D3 drive that boosts not only the faster interface, but a host of other features that sets this one apart from the few other drives on the market.

The 23D3 can transmit files at a blistering 5 Gbps, which is actually par for USB 3.0. But the drive also has shock-absorbing technology along with 256-bit AES file and folder encryption. No word on price, though.