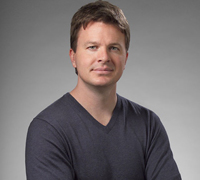 Today marks the start of the fourth annual Linux Foundation Collaboration Summit, which is “an exclusive, invitation-only summit gathering core kernel developers, distribution maintainers, ISVs, end users, system vendors and other community organizations for plenary sessions and workgroup meetings to meet face-to-face to tackle and solve the most pressing issues facing Linux today.” All the names you’d normally expect at a Linux event are going to be there — IBM, Google, Hewlett Packard — along with companies jumping on the MeeGo bandwagon — Nokia, Intel, and more. The agenda lists some interesting topics, but the Summit itself raised a number of questions for me. I exchanged emails with Jim Zemlin, executive director of the Linux Foundation, about the Summit, and the state of Linux in general.

CG: As Linux gets more “productized” in the mainstream, where is the sense of community that was such a fundamental part of early Linux success? Everywhere we look we see more and more people using Linux for their embedded solutions, but fewer and fewer people seem to be actively engaging with the open source development communities. There are exceptions (the folks at PogoPlug, for example, seem to be doing a good job cultivating a community with their user enthusiasts), but I think the bulk of Linux deployment is following the Google model: use it for hosted solutions, and only share a tiny fraction of your customizations. Will Meego only exacerbate this? How are the big mobile companies adopting Android and Meego “giving back” to the larger open source community?

JIM: On the one hand, you are right. The ratio of developers to users has changed. A lot more people use Linux today than ever before. These people use it in their GPS devices, their televisions and their phones, among others devices, and would certainly never care about upstream Linux kernel development! But that’s ok.

On the other hand, you couldn’t be more wrong. Our research paper “Who Writes Linux” (http://www.linuxfoundation.org/collaborate/publications, August 2009) found that more people are contributing to Linux than ever – with a more than 10% increase year-over-year in the number of developers contributing to the kernel every release cycle. And, the number of lines of code added to the kernel tripled year-over-year. So, the sense of community is more vibrant than ever, which results in a number of advantages for Linux.

The MeeGo development methodology is “upstream first,” meaning that contributing changes back to the projects that make up MeeGo is a top priority. MeeGo actually works upstream with projects to ensure that their source is included in those changes; this is a huge deal for the MeeGo community, upstream projects and for Linux itself because they all benefit from any MeeGo development since it’s all upstream. We are talking HUNDREDS of man years of efforts being added to Linux related projects as MeeGo kicks into gear.

People think there is some conspiracy to take open source code “private” by big firms. That is simply not the case. We expect companies to be increasingly compelled to “give back,” as you put it, – not because it’s the nice thing to do but because it’s too expensive to do otherwise. The whole point is sharing development cost, not taking code and maintaining an expensive fork.

CG: How relevant are Linux user groups, any more? The Central Ohio Linux User Group recently decided to stop meeting monthly, and mailing list traffic is way, way down. As Linux gets more and more robust, what’s the next step? Since Linux users don’t need to rely on one another’s expertise in quite the same way as we did before (connecting peripherals, tweaking sub-systems, etc), the need for a robust community is slowly fading. What’s your take on this?

JIM: There are more ways to connect with other Linux users today than there were 10 or even just 5 years ago. This is in large part because there are so many more users today, which is a great thing. So while there are still hundreds of active LUGs, more and more of them are engaging online in places like Linux.com (http://www.linux.com). Maybe things have shifted in the last few years, just as they always do, but we still do see Linux User Groups and a robust community. Just as an observation: every single event we have hosted at the Linux Foundation around the entire world has sold out. This week our Collaboration Summit had to close registration weeks early as demand exceeded capacity by a wide margin. I travel all over the world speaking to extremely large crowds that are up in numbers dramatically from when I got started in Linux. If there is a decrease in the Linux community out there, I am not seeing it.

CG: What would you like to share with me (and the CrunchGear readers) about the line-up for the Collaboration Summit? What is not apparent from the schedule, or what data do you think needs highlighting in a special way?

JIM: The Collaboration Summit is a special event, because it’s where the Linux insiders meet each year to determine their technical priorities for the year ahead. This is the fourth year of the Summit and I get excited when I hear member after member tell me this is their must-attend event of the year.

Nokia, Intel, IBM, Google, Oracle and many others and are going to be keynoting. We’re also announcing a number of new companies that are contributing to the MeeGo platform. I bring this up because Linux represents the fastest-growing OS on mobile devices when you consider that Android forecasts are outpacing the industry (according to ComScore numbers issued just last week) and MeeGo’s potential to dominate on a broad range of computing devices. Mobile application developers are flocking to these platforms because they see the market potential.

For folks who want to catch the keynotes, as well as my State of Linux keynote, sign up for the free, live video stream here:
http://events.linuxfoundation.org/events/collaboration-summit/live-video-streaming. We’ve never done live streaming of this “invitation-only” event so we hope people take advantage of it.

My thanks to Jim for taking the time out of his busy schedule to answer these questions. If you’re at all interested in Meego, or just want to keep up with the larger Linux community, you should definitely check out the live stream from the Linux Foundation Collaboration Summit.