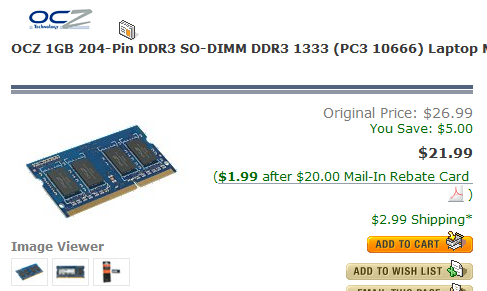 The RAM itself isn’t that impressive with only a 1GB capacity, but who cares when it’s so cheap. It might breath new life into an older notebook laying around. You better jump on this now, though. The deal ends on 4/16, which is only three days away.