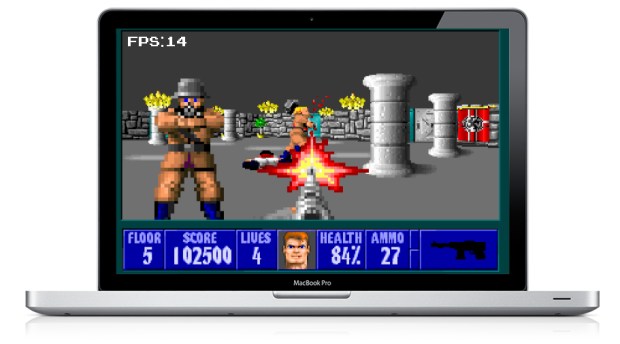 In a statement to the press today following the announcement of the newest MacBook Pros, which sport hybrid graphics and increased battery life, an Apple representative had this to say:

We are proud to continue a decades-long commitment to not providing a compelling platform for gaming. We chose the NVIDIA GT 330M 256MB after some consideration: how can we, in days of inexpensive and powerful graphics technology, still provide a sub-par environment for 3D games?

With Valve’s Steam platform coming to OS X, this was an important question, and although the GT 330M is a current-generation card, we were able to get the 256MB version, which should make high-resolution textures and long draw distances a mere fantasy for Mac-curious gamers. And with increasing multi-core support in many games and high-performance applications, we felt that a two-core CPU would be the best way to limit users’ productivity. And of course the low-capacity hard drives are a minus too, preventing the kind of media and game accumulation popular among tech-savvy consumers.

The RAM we chose, 1066MHz DDR3, was the slowest we could find for this chipset. It does provide somewhat of a boost over the previous systems, but we have been careful to adjust the pricing to be so high that no one in their right mind would order an extra 4GB — as if this system’s bottleneck is memory anyway!

We are looking forward to not improving the performance of our products or making them affordable alternatives to Windows gaming machines, ever. We hope gamers of the world will continue to not enjoy Apple products!

Needless to say, Apple didn’t actually say any of that. I really just saw this article and thought, did anyone ever think Apple laptops, if any laptops at all, were competent gaming machines? No. I was hoping for a big boost, but my guess is that Apple is stalling out with the space and heat restrictions they’ve set for themselves with the unibody MacBook Pros. I mean, I have one and it’s great — for blogging. With Steam coming out for Mac, I was looking forward to doing a little gaming on a new machine next year… but no. Ah well.