Lots of people think hipsters ruin everything, but really, they only ruined fixed-gear bikes. Everything else is still fine: tight pants were never really cool, those big sunglasses are clearly dumb, and the hair is pretty self-condemning. But you can’t swing a cat in Seattle without hitting some joker on a fixie, even though this city is in no way fit fixed gear bikes. They’re fun to ride, but no person of sense does any more, for fear of being mistaken for a hipster. This quick-switch hub might be the solution.

Now, there are already some switcheroo hubs out there (okay, they’re not switcheroos, they’re flip-flops) but you have to get off and dechain in order to switch between fixed and free. There’s a time to get chain grease all over your hands, but in the middle of a ride is not it. 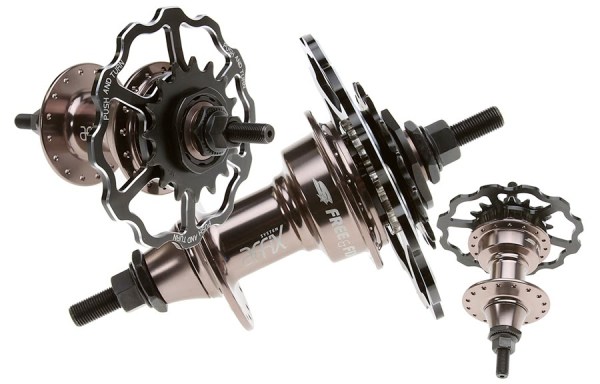 It looks like this one will let you pop between fixed and free with just a twist of the hub. You might get some grease on your fingertips there, but no one will notice. Too bad this hub costs $270!!!!!!!!!!!!!!!!! (!!!!) though to be fair there are much more expensive bike parts out there that aren’t as cool, and these are precision parts. Order yours at Ben’s Cycle or elsewhere if you don’t like Ben.