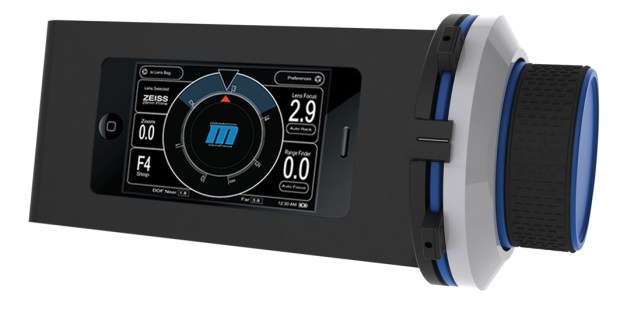 There’s a lot going on here, but what you’re basically looking at is a focus ring, attached to an iPhone, which sends a signal to a remote unit, which then turns the real focus ring on a DSLR that would otherwise be inaccessible. There are other tools a bit like this, but the integration of an iPhone as interface element could streamline things immensely.

Looks like you can also control aperture, zoom, and whatever else is compatible with RedRock Micro’s microRemote system, likely depending mostly on your camera make and model. This is great for pros using DSLRs as B cameras or even primaries, though without a monitor you’re going to be shooting blind. Still a useful tool. No more information yet (it’s not quite announced) but I’ll update this post in a few with pricing and all that.