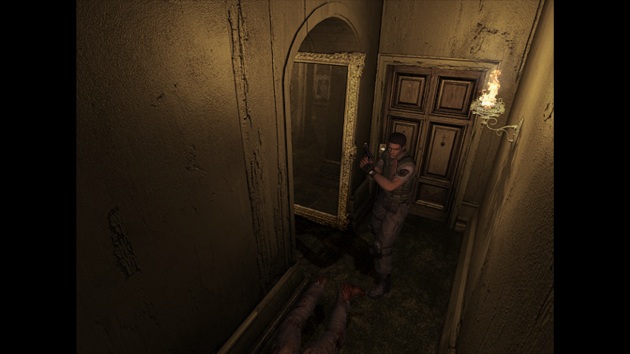 Around two years ago, Dolphin, the GameCube and Wii emulator for Windows, Mac OS X and Linux, went open source. Today marks the first official release since that magical day. And let me tell you something: Dolphin works really, really well. Give it a shot when you have a chance.

I spent the better part of yesterday tooling around with the emulator—never let it be said I don’t live a charmed life—and was patently shocked with how well it runs games. Granted, I’m packing a beefy video card, so your mileage may vary, but being able to play REmake again is completely fantastic.

Throw in anti-aliasing, anisotropic filtering, support for gamepads (I used a wired 360 controller) and real Wii remote support (your computer just needs to be able to see Bluetooth devices, otherwise Dolphin will emulate the Wii remote using your mouse and keyboard) and you’re looking at a very fine piece of software indeed.

Here’s a few screenshots of REmake running inside Dolphin. (I think you should be able to click them for a bigger version.) It looks quite good, yes?