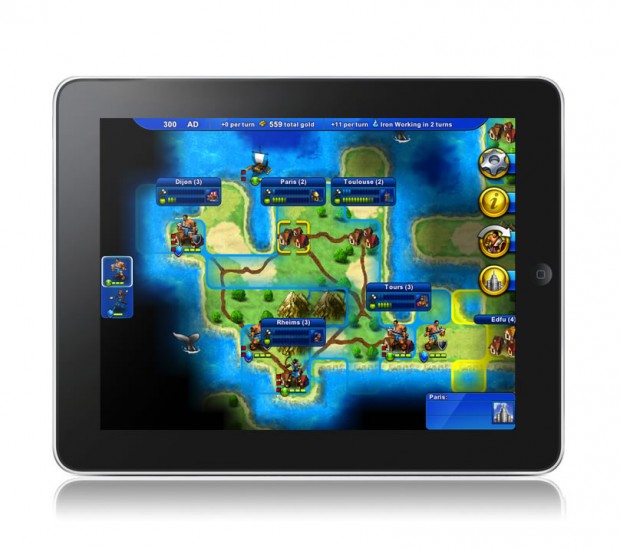 What a week. We’ve dug through a number of iPad games so far and have come up with only a few that truly satisfy. Whether you’re looking for RPGs or casual, mind-numbing oblivion, the iPad has it all and here are some of our favorites.

Civilization Revolution ($12.99)- Oh Civ Rev. You’ve burned through my iPhone battery more times than I can count. I’m an absolute Civ fiend, so I was very pleased to see the new iPad version and aside from frequent crashes I think this version has a considerable leg up on the iPhone version, especially thanks to the larger screen. The automatic save system is a lifesaver because the app will – and does crash. 2K definitely needs to fix the stability issues.


Fieldrunners HD ($7.99) – I spent a few sleepless nights with Fieldrunners and the HD version adds little to the tried and true tower defense formula. However, I did notice a considerable improvement in gameplay especially since you can now see all your defense pieces in close-up and are more encouraged to upgrade them during play. The AI has been dumbed down a bit on easier levels, allowing you to mow down wave after wave of enemies with nary a thought.

Flight Control HD ($4.99) – I’m a nervous flier so I always like to fire this game up during periods of relative turbulence and bring my little, brightly colored planes into their hangars. The HD version has an anaglyphic 3D mode for those with red and blue glasses, which is quite a bit of fun. Like Fieldrunners, you can actually tell what airplane is going where in this version. The music is also quite calming.

Real Racing HD ($9.99) – You know a racing game is good when you can hardly steer your car through the hairpin turns. Real Racing HD is a great game for showing off the iPad’s 3D capabilities, as my four-year-old son can attest. He always brings the iPad over to people to “show” them the game and then ends up playing it until we take it away from him.

N.O.V.A. ($9.99) – It’s not quite Halo, but N.O.V.A.’s great graphics reminds me a lot of Doom on the PC way back when: not quite amazing but still amazing enough considering the platform and historical horrible-ness of portable FPSes.

Pacific Defense ($1.99) – Erick recommending looking at this wacky game all about defending the Pacific from wave after wave of strafing fighters. You can spin around like you’re a ball-turret gunner, falling into the State, hunched in its belly till your wet fur froze. 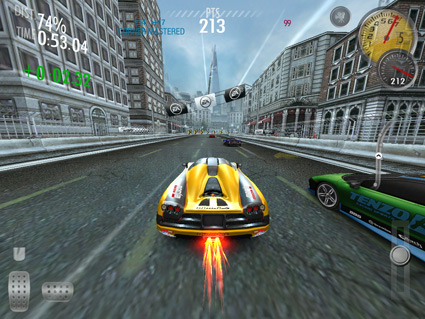 Need for Speed Shift ($14.99) – Zoom zoom. When you’re sick of real handling and braking, try Need for Speed. It’s like Read Racing but with more crashes.

Mirror’s Edge ($12.99) – This game is more like Canabalt than the original Mirror’s Edge but that doesn’t mean you can’t enjoy some Prince of Persia level natural movement coupled with beautiful scenery.

Smule Magic Piano ($.99) – Smule is like the Nintendo of iPhone and iPad games. They make whimsical, engrossing programs aimed at casual-to-hardcore gamers. Magic Piano isn’t quite a game but the two-player mode is amazingly addictive in a Chatroulette sort of way (without the wangs). 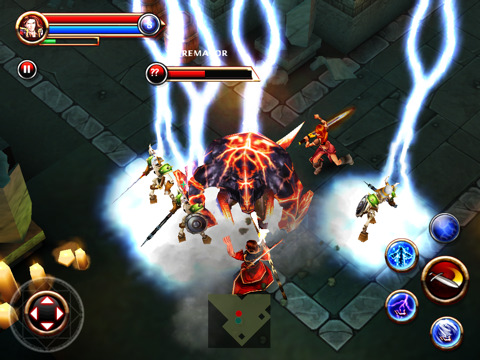 Air Hockey ($.99) – Air Hockey is just plain fun. You and your buddy can get some beers and play air hockey all day long, secure in the knowledge that no kids will ask you to get off the table so they can play. 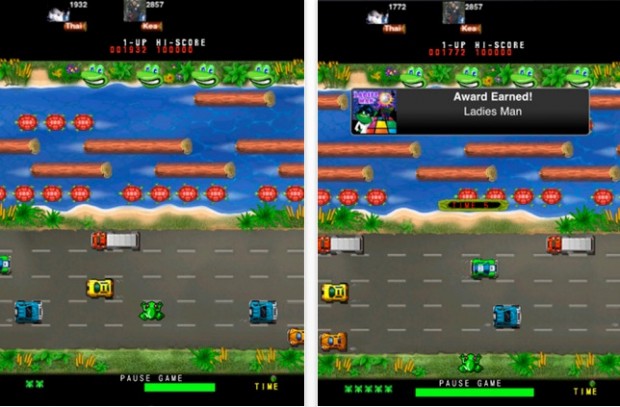 Frogger ($4.99) – Overheard at Konami’s offices: “Guys, this iPad is going to be big. Can we release a horrible version of Frogger for it?” “No problem. I have a reworked version I made for the Amiga back in 1994 with horrible graphics and music. It crashes most of the time” “Perfect. Let’s sell it for $4.99 and cash in on the nostalgia market.”

Which games have tickled your fancy so far?