Detroit-based digital music company WaTunes has come to a licensing agreement with Warner Music Group, the third major record label to sign a deal with the startup after Universal and EMI.

Warner has licensed its full catalog of music for use in WaTunes’ brand new Facebook application, which essentially lets people purchase digital music through a full-fledged storefront without the need to leave the popular social networking site.

Thanks to the deal with Warner, WaTunes can now provide Facebook users with music from artists like The White Stripes, Seal, Madonna, Eric Clapton, Diddy, Ray Charles, and a lot more.

With the Music Store Facebook app, users can discover and purchase millions of songs in high-quality MP3 format thanks to a partnership with MediaNet. It’s far from the only Facebook application to enable users to do that (Lala springs to mind), but notably, you don’t even need to sign up for a WaTunes account to be able to stream 30-second versions of songs or buy and download full tracks and albums.

In addition, users can talk to friends while browsing the music store and share albums on their Facebook Wall of on MySpace, Twitter and other social networks.

We should note the WaTunes Music Store is U.S. only for now, and only accepts credit card payments through Facebook.

WaTunes recently announced that it aims to phase out its digital distribution services for independent artists and record labels. The company at the time said it would retain services for mobile applications, ringtones and licensing, but focus solely on its social platform and online marketplace going forward. 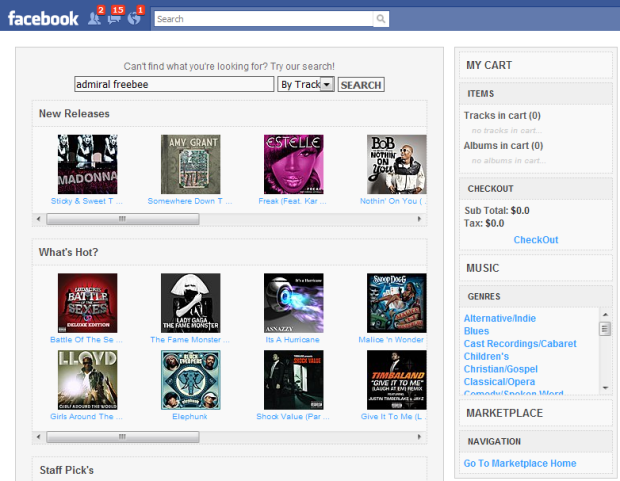 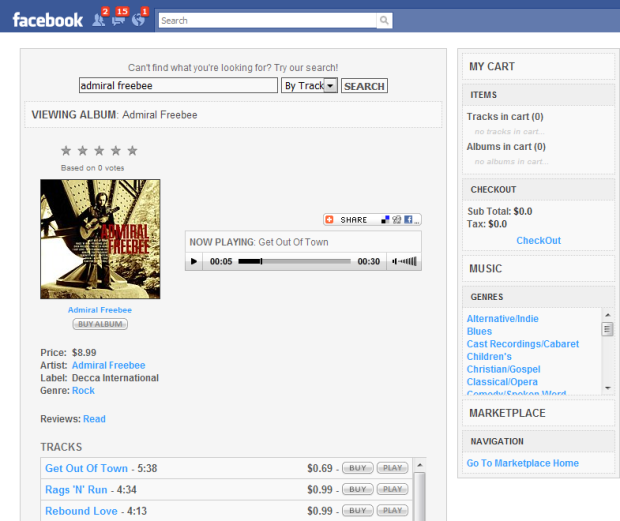