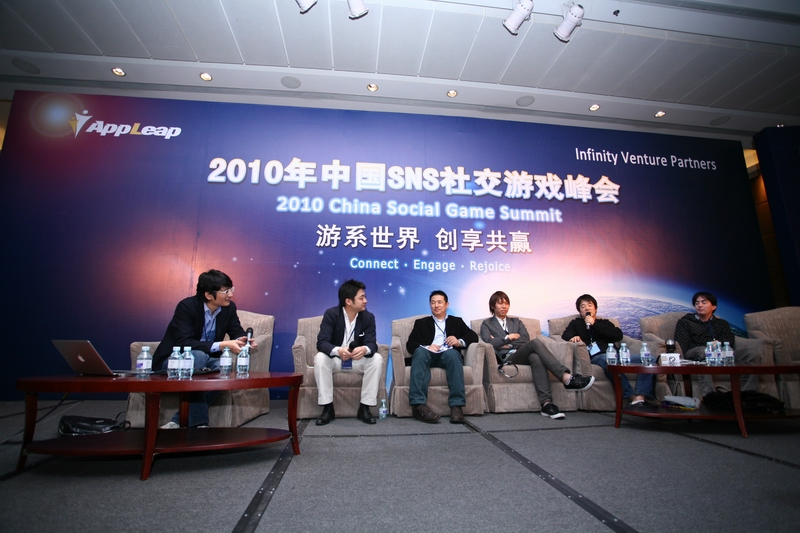 Over the weekend, I attended the China Social Game Summit 2010 in Beijing, a two-day event that attracted over 400 international attendees and 80 speakers. According to the organizers (China’s leading social game service provider Appleap and Tokyo- and Beijing-based VC firm Infinity Venture Partners), the event is the biggest of its kind in China.

Thousands of game developers are toiling in this country (nobody at the summit dared to make a better estimate), churning out dozens and dozens of games for local and international social networks each month. Some attendees at the summit estimated the market for virtual goods in China to be worth to the tune of $5-7 billion, whereas Americans spent $1 billion on virtual goods last year. (That sum, however, is just one yardstick to measure the value of the social game market, as most yuan are being made outside the social game sector, i.e. through “traditional” online games  – which aren’t played within social networks – or through avatar-related sales in instant messaging services.)

The main takeaway from the summit for me was that China’s social gaming startups are just beginning to go into overdrive. Most aim to go global as fast as possible, due to cutthroat competition at home, much lower ARPU (5-20x less, depending on who you ask), disadvantageous revenue share (Facebook clone RenRen, for example, bags around 50% of revenues), the rampant copy cat culture, and a stricter legal framework. Summit attendee (and speaker) Jia Shen, CTO of US-based RockYou!, told me he is so impressed with Chinese social game developers that his company will partner with selected startups to publish games globally (and possibly acquire the one or other Asian company, too).

Things in China’s social gaming space are moving at breakneck pace, but interestingly, the top genres in the last 18-24 months have been identical to the ones in the US and elsewhere. The most popular time sinks are farming games (the top Chinese app in this space is Happy Farm, which can be found on Facebook, too), restaurant simulations (RenRen Restaurant is like Cafe World on Facebook), and pet games (i.e. Happy Aquarium on RenRen, which is also popular on Facebook). All in all, estimates peg the current number of China’s social network users – and potential social game players – at 124 million (or one in three web users in this country).

But Internet penetration in China stands at a mere 28.7% currently (US: 76.3%), which leaves room for even more gaming startups. Companies like Happy Farm maker Five Minutes [CN] or Rekoo are already successful outside their home territory (making serious money in the US and Japan, respectively), and nobody should be too surprised to see the next Zynga coming out of Beijing or Shanghai. Especially if you keep in mind that more of those 765 million mobile users in China will want to play games in the future, too.

At the China Social Game Summit, a total of six domestic startups demo’d their newest games. Here are thumbnail sketches for all of them. (Note: Some of the links below lead to Chinese-only websites.)

Pitched as China’s first “island life simulation”, Dream Island can currently be played just by RenRen users (developer HappyFish is looking for international distribution partners). The game mechanics can be summarized with “Sim City on an island”, although Dream Island looks and sounds much cuter (the game was designed for females in the 18-40 age bracket). The game is based on a DIY concept, meaning players must build every object from scratch (houses, harbors, entertainment facilities etc.). The goal is to create and maintain an island, attracting as many outside visitors as possible. Friends can help friends to manage certain activities on the island.

Here’s the demo video that was shown at the summit:

One of my personal favorite social games out there, Paintball Paradise is labeled as an MMOFPS (massively multiplayer online first person shooter), which can be played over different platforms. A Paintball Paradise player on MySpace, for example, can battle it out and chat with another player who’s using the game on Facebook, on the game’s main portal or through a widget. Maker Cmune says their aim was to fill “the gap between MMO, social games and FPS”, adding they created the world’s first “3D social shooter”. Paradise Paintball is based on a freemium business model. The game is monetized through sales of virtual goods, for example better weapons or more effective ammo. It has passed the 200,000 active user mark (for the social network versions) just yesterday. 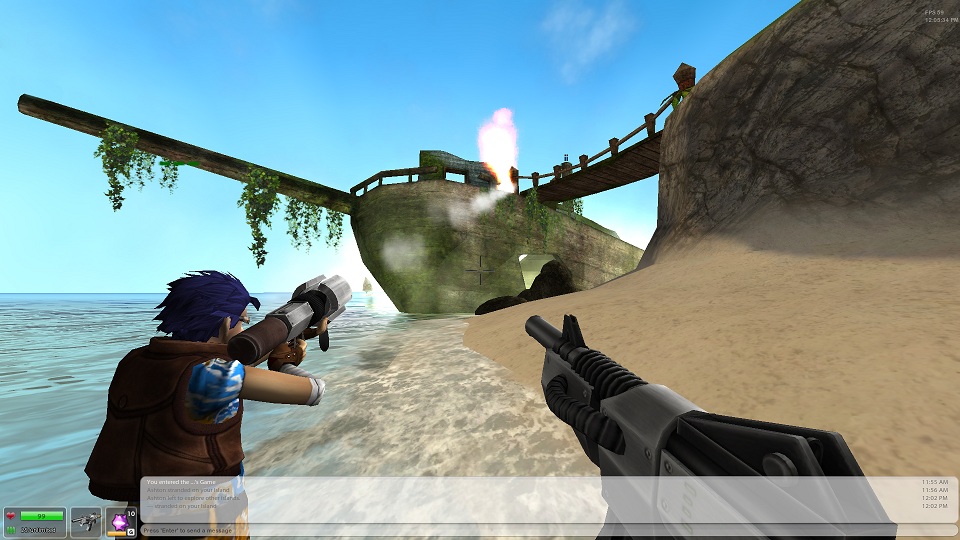 Here’s the demo video that was shown at the summit:

Demo 3:
Vegetables vs. Zombies by Kingdowin

You read that title right, and “Vegetables vs. Zombies” is what only can be described as a blatant rip-off of PopCap’s ultra-successful action/strategy social game “Plants vs. Zombies” (the Seattle-based company is actually quite popular in China). The presenter from Kingdowin dared to ask the audience if it thinks their game looks like PopCap’s (hint: yes, it does). At least the Asia representative from PopCap (who attended the summit in Beijing) took the game, which is currently being tested on RenRen, with humor. Judging from this web page, it looks like Kingdowin plans to roll out “Vegetables vs. Zombies” on Facebook, too.

Just look at these screenshots (or watch this demo video): 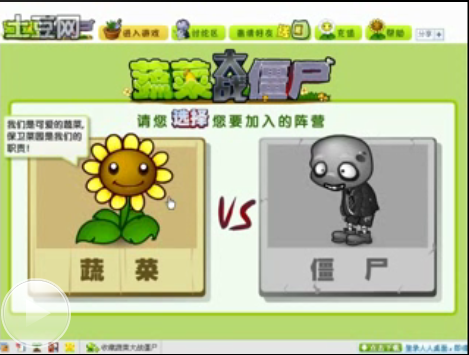 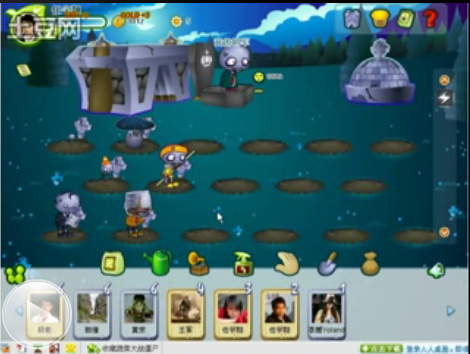 Demo 4:
Hello Kitty Online by Sanrio Digital
Hong Kong-based Sanrio Digital, a joint venture between Japan’s Sanrio Wave (the company behind cartoon cat Hello Kitty) and Typhoon Games from Hong Kong, presented Hello Kitty Online. Marketed as a “social game for girls”, Hello Kitty Online is essentially an MMOG based on the Hello Kitty universe. Apart from Kitty herself, players will bump into other popular Sanrio characters while solving puzzles, personalizing avatars, blogging or emailing their friends from within the game. The presenter from Sanrio Digital said the Facebook version attracted 120,000 two weeks after launch without any kind of traditional marketing. A Chinese version is scheduled for release later this year.

Play4F.cn is one of the many Chinese Fourquare clones out there (some people at the summit told me there are 2-3 domestic Foursquare copy cats, while others spoke of ten and more). It works much like the American original, including core elements like integration with other social networks, badges, location-based hints for fellow users etc. But Huancai’s CEO Xiao Xie (an ex- Microsoft China employee) told me his app offers some features especially geared towards domestic users, for example a China-specific badge design. People checking into a place that’s renowned in one way or another for martial arts, for instance, get a badge associated with martial arts. To hit the nerve of Chinese users, the app also features a system of virtual goods. For example, a user can leave a virtual item at a certain place and specify another user who can pick it up when checking in at that place at a later time (for example a flower for a girlfriend). The app will be released for iPhone, Android, Symbian, and Windows Mobile. 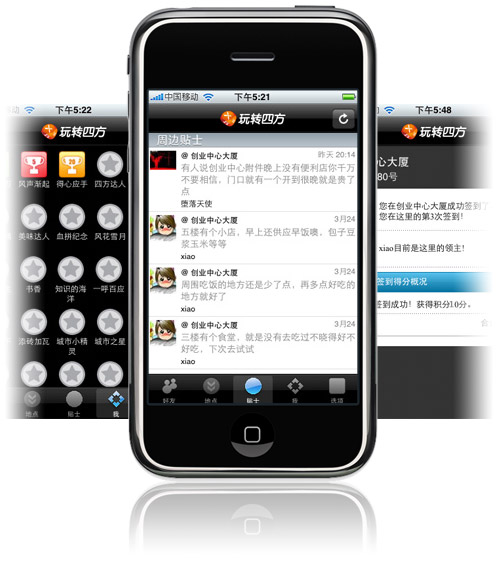 Demo 6:
Pilgrimage to the West Online by Moca World

Pilgrimage to the West Online is a mobile game created by renowned mobile MMOG developer Moca World. The presenter from the Beijing-based company said that social games in China have three problems: it’s hard to retain users, games are difficult to monetize and mobile payment is still in its infancy. That’s probably why the adventure-like game, which is based on a famous Chinese novel, will be published in Japan, too (where offering mobile payment systems, for example, isn’t really a problem).

Moca World said Pilgrimage to the West Online will combine social networking features with those found in MMOGs, including a wealth of elements related to Kung Fu and Buddhism. The target group for the “light game” are females aged between 20 and 25 (demo video). 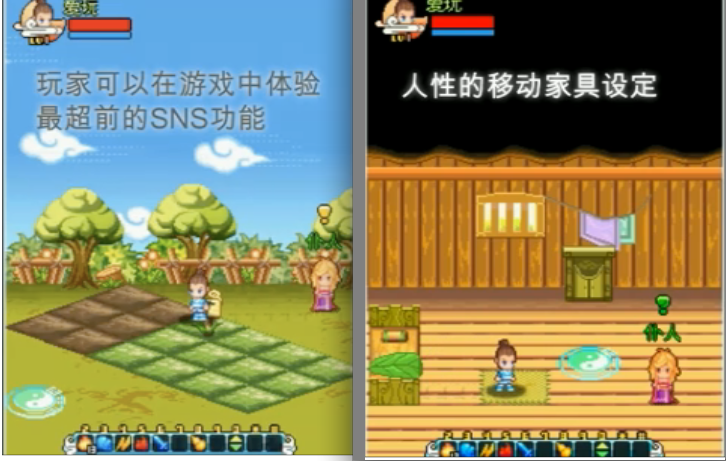