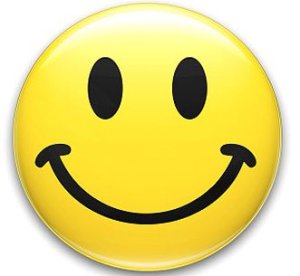 In my last post, I wrote about how education can boost workforce productivity and lead to greater corporate success. But there is actually an even more potent ingredient for boosting productivity: happiness. According to author and business coach Alexander Kjerulf, the Danes have a word for happiness at work: arbejdsglæde (and if you want to stay happy, don’t try to pronounce that).  Kjerulf says that this concept is deeply ingrained in the Scandinavian work culture. It’s about enjoying what you do; feeling proud of your work; knowing that what you do is important and being recognized for it; having fun; and being energized.

Sounds like some kind of Nirvana or Disneyland, doesn’t it? After all, who doesn’t want to be happy? And how can one be happy at work when the boss is a jerk, the company doesn’t care for its employees, and the job simply sucks? One of my old friends, Professor Srikumar Rao—who is the best marketing person I know—just wrote a book on this. He has some very interesting remedies.

For example, what do you do about the jerk boss? Srikumar says that by allowing him to leave you a “quivering mess of indignation, resentment and frustration” you’re handing the keys to your happiness over to him.  Remember that he may have control over what you do at work. But he has no control over your emotional well-being unless you let him have it. Just look at your boss and see the mess of emotions that slosh through him: anger, insecurity, fear, and jealousy. Now consider this: You only have to deal with him a few hours a week. He has to live with himself for his whole life.

Did you smile as you considered this? Good. That is important, because in that smile is the seed of compassion. That is the start of seeing him as a human being, caught in his own predicament, and not solely as an impediment to your well-being. And when you learn to deal with him on that level rather than relating to him in his role as “boss”, the dynamics of the relationship change.  It sounds simple, but it is very powerful. Srikumar says that when people start thinking like this, they lift the once totally toxic interactions to the “I can survive this” level and even to the “He’s not bad at all” level.

It is easy to look at all the things that are wrong with your job. But instead of being despondent at work and focusing on the two or three things that you think are wrong with your job, try thinking about the twenty or so things that are good about it. Try making a list of all that’s good about your job, including the fact that you have one. Don’t think it; FEEL the gratitude. Let it well up and surround you and overflow. It takes some practice, but you can get there. Now from this space tackle the problems you are facing. They no longer seem so formidable, and the odds are great that you can tackle them more effectively.

You may feel as if you are kidding yourself when you try hard to focus on what is “good” about your job, but you are indulging in exactly the same mental gymnastics when you are preoccupied with what you “dislike” about it. So you may as well invest your emotional energy in ways that make you feel and function better.

Another important lesson: You always get to pick the way you see the world.

In the early stages of a start-up, an entrepreneur was irritated by employees who bothered him with “trivial” issues. He reacted with sarcasm and brusqueness and even by blowing up. His view was that his time was “important” and they should be able to take care of such issues themselves. After several of his key people departed, he woke up and changed his ways. He consciously trained himself to view each such interaction as an opportunity to forge a relationship with the employee and to reinforce his idea of company culture with emphasis on independence and innovation. Not only did turnover drop; some of those who left came back.

Srikumar’s advice strikes a chord with me. When I was preoccupied with the many problems that beset any growing company, I was sometimes far from ebullient, and this brought down the morale of the entire company. My own experience has taught me that those who choose to view life as a learning opportunity to take responsibility for their own actions are also the most confident and the happiest. They are the ones who build enduring companies.