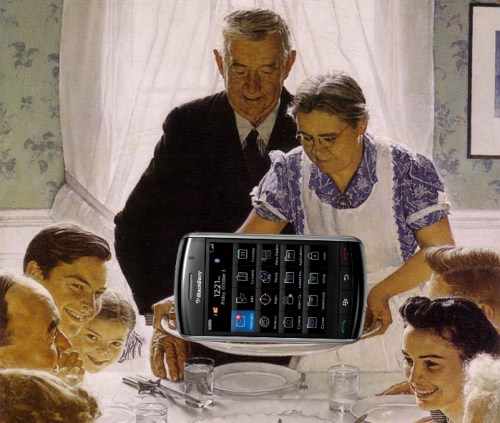 Reports from component suppliers in Asia have RIM buying an unspecified number of 8.9″ touchscreens from supplier Hon Mai. The sources are unnamed and the original report is proving difficult to track down; the only copy of it seems to be in CrackBerry’s possession (copied below). That already places this rumor in pretty unlikely territory, but hey, you be the judge.

Add in to the mix that RIM’s Mike Lazaridis publicly stated last year that they were not developing a tablet and had no specific plans to do so, and the rumor is looking even less substantiated.

If they did buy up a few touchscreens, then what? It’d be the first indications of a large, innovative company toying around with the idea of a tablet device. Perhaps after playing with an iPad and seeing Microsoft pushing tablets hard via third parties, RIM felt they may as well see if they could whip up something internally that was of any potential utility to their users. As it stands, though, there’s no real evidence that this order actually took place, so I wouldn’t be surprised if we never hear anything more about it.