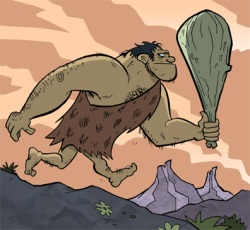 There was another “are violent video games evil?” debate yesterday, this time on BBC Radio in the UK. (We sure do cover a lot of UK-centric news here, don’t we?) A group called Mothers Against Violence, whose goal is the complete eradication of violence (OK…), debated games journalists, the radio show hosts, and the video game industry in general. The debate wasn’t as silly as you may automatically think, with the anti-violence group coming down on parents rather than violent video games in general. You know, “Be parents for once!”

The debate centered around Grand Theft Auto, as it so often does. (Incidentally, the debate was on BBC Radio Leeds, and Rockstar Leeds created the portable versions of GTA, including Chinatown Wars.) Ignorant questions like “Why is it OK to pick up and beat prostitutes but not normal civilians?” Of course you can, in fact, pick up anybody you want, and beat them up if you want to, but then you’re dealing with a wanted level.

Anyhow, the only real thing of substance that was said was that the Mothers Against Violence group didn’t claim that violent video games were destroying civilization itself, but implored parents to parent. If your kid is an immature brat, perhaps it’s not a good idea to buy him GTA or Whatever The Game for his birthday? Rockstar said as much, noting that its games are clearly and solely intended for adults, and that it submits all of its games to the proper ratings board for certification.

Video games didn’t invent violence, something that has been around, you know, forever.